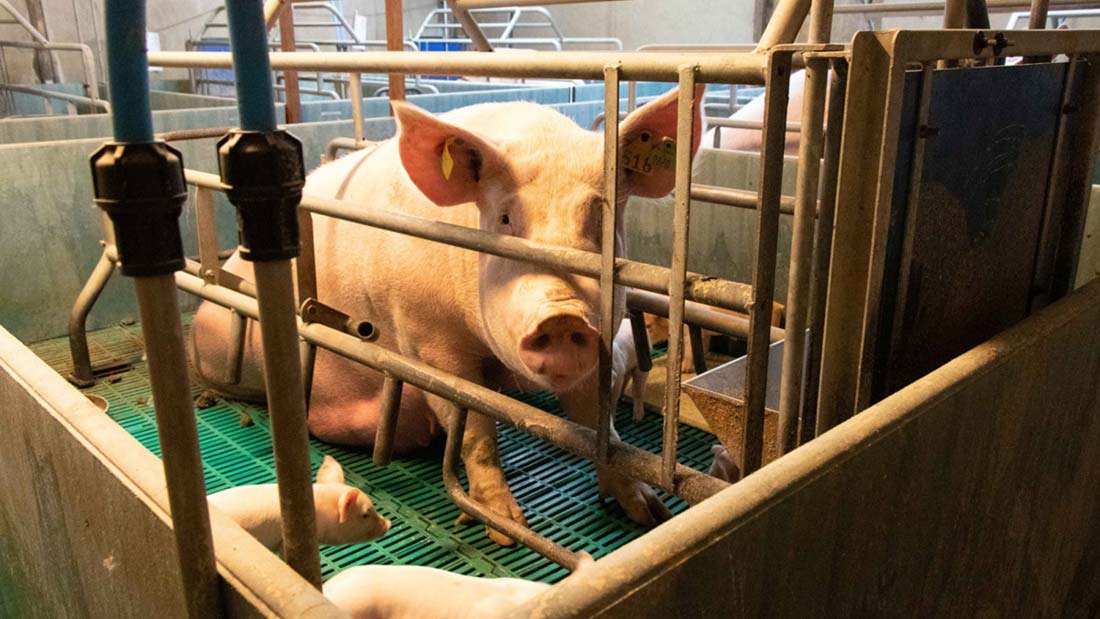 Today’s headlines are overrun with the issues surrounding the current surge in gas prices and the knock-on effect they are expected to have on the UK’s food security.

Damning reports from both farmers and meat processors warn that the C02 shortages could “cancel Christmas” and that the meat industry is “at breaking point’ which is affecting the slaughter process of pigs, poultry and beef as well as the packaging process. Siobhan Dolan from Viva!, the vegan campaigning group, explains what carbon dioxide has to do with the meat industry and how it could “cancel Christmas”:

“For billions of animals slaughtered each year in the UK, carbon dioxide is the last thing they will breathe before dying.  In fact, this technique of slaughter (known as gassing), is the most common slaughter technique for many intensively farmed animals. This is usually because it is the cheapest and quickest way to kill many animals at once. Although it has often been thought of as causing less suffering than other visibly more brutal methods, this is not true, and gassing methods can cause horrendous suffering to animals in their last moments.

Pigs are lowered into a chamber containing at least 70 per cent carbon dioxide (C02) in air. During this time they will struggle, gasping for breath, squealing and climbing over each other until they finally lose consciousness. The length of time it takes to kill pigs and the acute distress it causes, has led to calls to ban the CO2 stunning method. The pigs must remain in the gas mixture until they are completely unconscious which can take up to 30 seconds. After this, the animals are then shackled by one hind leg, hoisted and their throats cut to drain their blood.

Most poultry birds killed in the UK face a similar fate. Birds are transported to slaughterhouses in crates and then, whilst still in the crates, they are placed into a chamber and exposed to either concentrations of carbon dioxide or a mixture of inert gases (nitrogen and argon). The gas mixture deprives birds of oxygen, causing them to lose consciousness and die.

In a nutshell, C02 is used to slaughter millions of animals each year in the UK and the current shortage of C02 could pose significant delays to the number of animals processed for slaughter.

Factory farmed animals are bred and reared in filthy, overcrowded sheds and often suffer from disease, injury and psychological problems as a result. In these environments profits take priority over animal welfare and Viva!’s countless investigations prove that animals suffer for food production.

Conditions on factory farms are likely to deteriorate even further and animals will experience prolonged suffering on factory farms if delays occur at slaughterhouses as the industry is predicting. There are also reports from the industry regarding the possibility of animals being destroyed (killed) on farms, should the issue continue. However, shouldn’t the bigger question be; why are we allowing animals to be kept in these conditions, killed in this way and continuing to eat them? Especially considering how much we understand about animal sentience and the impact animal agriculture is having on the climate crisis?

C02 shortages might mean you can’t eat turkey this Christmas, but there are plenty of incredible meat-alternatives on the market that can win over even the most dedicated carnivores. Now might be a good time to give it a go…”

Sign up up Viva!’s 7 day vegan meal plan for recipes and tips on how to eat vegan.