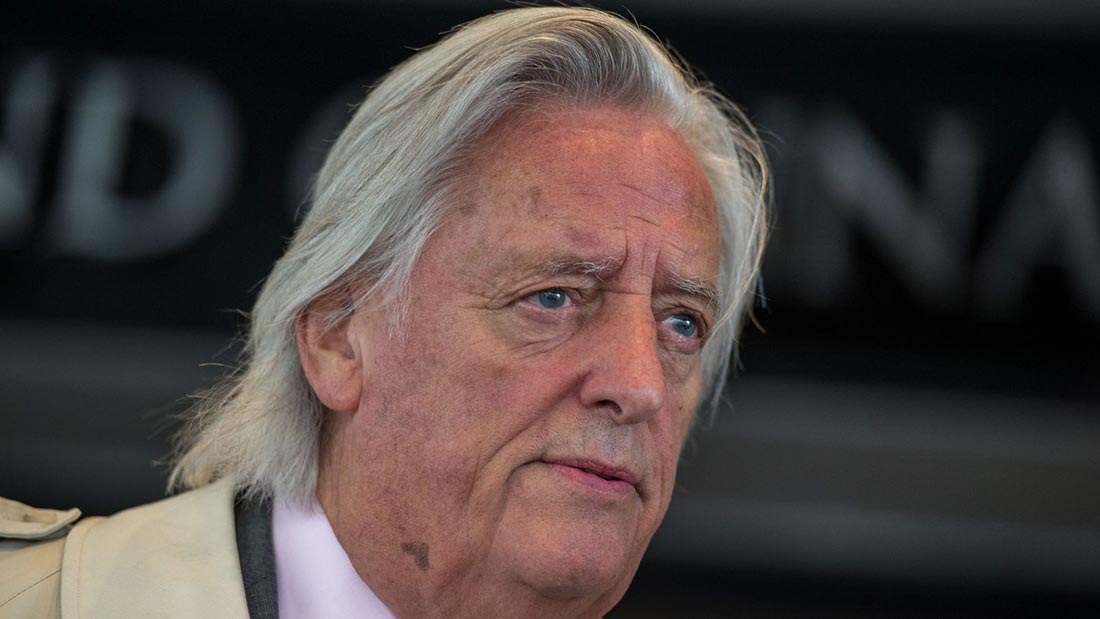 As COP26 gets underway, Michael Mansfield QC, Britain’s leading criminal defence barrister and Patron of Viva!, the UK’s leading vegan charity, condemns ecocide saying it should be made illegal.

While world leaders unite in Glasgow for COP26 to discuss the future of the planet, Viva! are raising awareness of the devastating consequences animal agriculture is having on the environment. Research shows that going vegan is the SINGLE biggest action individuals can take to reduce their impact on the natural world. Carbon emissions cannot be realistically reduced in line with targets without a national and global reduction in the consumption of animal products. As the climate emergency grows ever more urgent, there has never been a more important time to go vegan.

So far, COP26 has managed to unite world leaders in agreeing to end deforestation, almost 100 nations have set targets to cut methane emissions 30% by 2030, and the US has rejoined the High Ambition Coalition, with the aim of achieving the 1.5C goal.

These pledges may sound like a step in the right direction, but they seem to be lacking clarity regarding exactly how they will be executed. For example, the agreement to end deforestation does not specifically address land clearance for animal grazing and soya crops grown to feed these animals. Both of which are major contributors to deforestation and form a large part in our current global food system. To successfully end deforestation, major changes will need to be made in both the animal agriculture industry and in consumers’ diets. Will there be a hike in prices for meat? Will consumers be encouraged by their leaders to eradicate animal products from their diet? Will farmers be helped to transition from animal agriculture to plant based? Viva! states that these steps are essential to save our planet.

The methane reduction pledge also sounds promising but considering that agriculture is the main contributor of methane and is responsible for 16% of man-made global warming – – how will this target be met?

Enteric fermentation and rotting liquid manure (faeces and urine) in lagoons, ponds and tanks produces significant quantities of methane as it rots. A vast amount of methane is created from dairy farms, cattle feedlots and intensive pig farms. Will we see heavy taxes on dairy, pork products and beef?

Without drastic global change in diet and the transition to a plant-based food system, none of these targets can be effectively achieved.

Animal agriculture is a leading cause of climate breakdown, and meat accounts for nearly 60 per cent of all greenhouse gases from food production. Mansfield’s statement calls for new legislation which would criminalise the “wilful destruction of nature”, which he describes as a “crime against humanity”. His suggestions may sound drastic, but given the severity of the issues our planet is facing, radical changes must be made to reduce global carbon emissions.

As the climate crisis continues, more people are becoming aware of the severe impact animal agriculture on having on the planet. Published earlier this year, the IPCC’s Climate Change report revealed that human activity is “unequivocally” the cause of the climate crisis. This includes melting polar ice and glaciers, rising sea levels, heatwaves, floods and droughts and it warns that things could get a lot worse if we don’t take urgent action now.

Humanity is edging closer towards causing its own extinction due to the climate crisis.  Animal agriculture is the leading driver of wildlife loss and releases more greenhouse gases than the entire world’s transport sector combined. Those who are profiting from animal suffering and global destruction must be held accountable. World leaders must act now, before it is too late.

Michael Mansfield QC offers his thoughts on the climate crisis:

“I think when we look at the damage eating meat is doing to the planet it is not preposterous to think that one day it will become illegal. It is time for a new law on ecocide to go alongside genocide and the other crimes against humanity.”

“Whilst I am pleased to hear the pledges made so far at COP26, I remain somewhat cynical regarding what they will actually achieve, given the historical lack of action by world leaders to tackle animal agriculture.

“Animal agriculture is a leading contributor to both deforestation and methane. Land clearing for cattle grazing and animal fodder has played a leading role in the destruction of the Amazon rainforest and, according to the FAO, livestock production accounts for 35-40% of methane emissions.

“By choosing to reduce our consumption of animal products, as a species, we can reduce the widespread degradation of critical ecosystems, promote a shift to more healthy, sustainable plant-based diets and actively reverse damage done to planetary functions, ecosystem services and biodiversity.

“As a global society we must encourage and support farmers to move away from livestock farming and promote veganism to the world’s citizens.

“World leaders must acknowledge the devastating impact animal agriculture is having on our planet. Going vegan is the SINGLE biggest action an individual can take to combat the climate crisis. COP26 is a unique opportunity to speak about these critical issues and tell the world to go vegan, now!”

COP26 may be the last opportunity for the worlds’ leaders to unite and devise a clear plan of action to tackle the climate crisis. Viva!, along with other pro-vegan groups, are campaigning throughout COP26 to ensure animal agriculture is recognised as one of the leading threats to the planet. To find out more about Viva! and how to go vegan visit vegannow.uk.