Is Lewis Hamilton a Hypocrite? 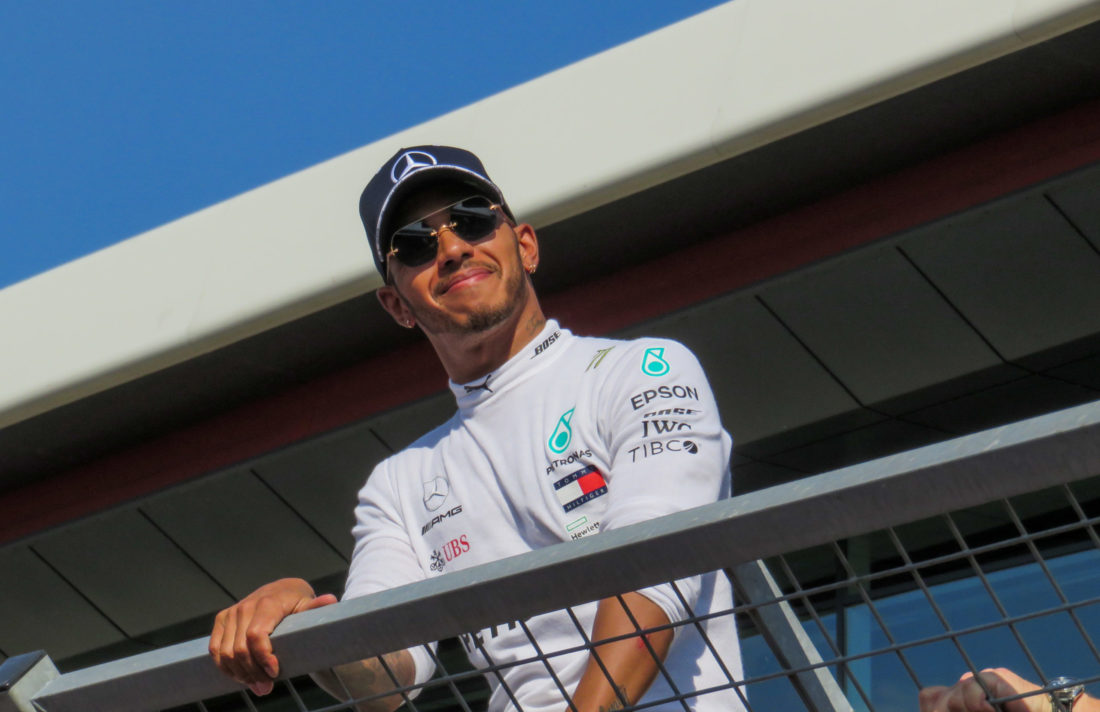 Lewis has been vegan since 2017 and recently launched Neat Burger, an international vegan burger restaurant. But it was his concerns for the environment that got people talking last week.

In one post, the five-time Formula One world champion urged his followers to “do some research” and “find the compassion” within them to “recognise what you are contributing to in terms of what you eat which keeps the meat and dairy industry flourishing and therefore deforestation, animal cruelty, our seas and climate decaying on a daily basis. Go vegan, it is the only way to truly save our planet today. It can be done so quickly, all you have to do is put your mind to it.”

In another he said “Honestly, I feel like giving up on everything. Shut down completely. Why bother when the world is such a mess and people don’t seem to care. I’m going to take a moment away to gather my thoughts. Thank you to those of you who do give a damn about the world.” 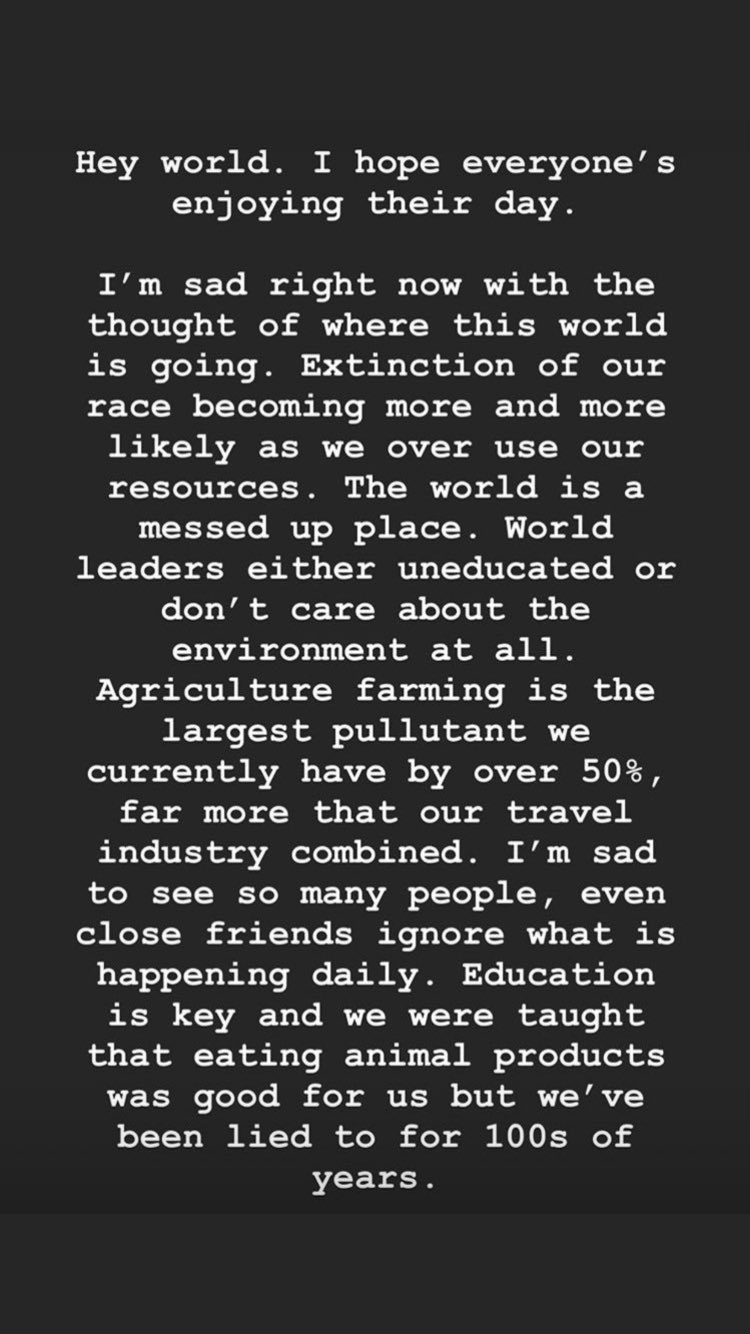 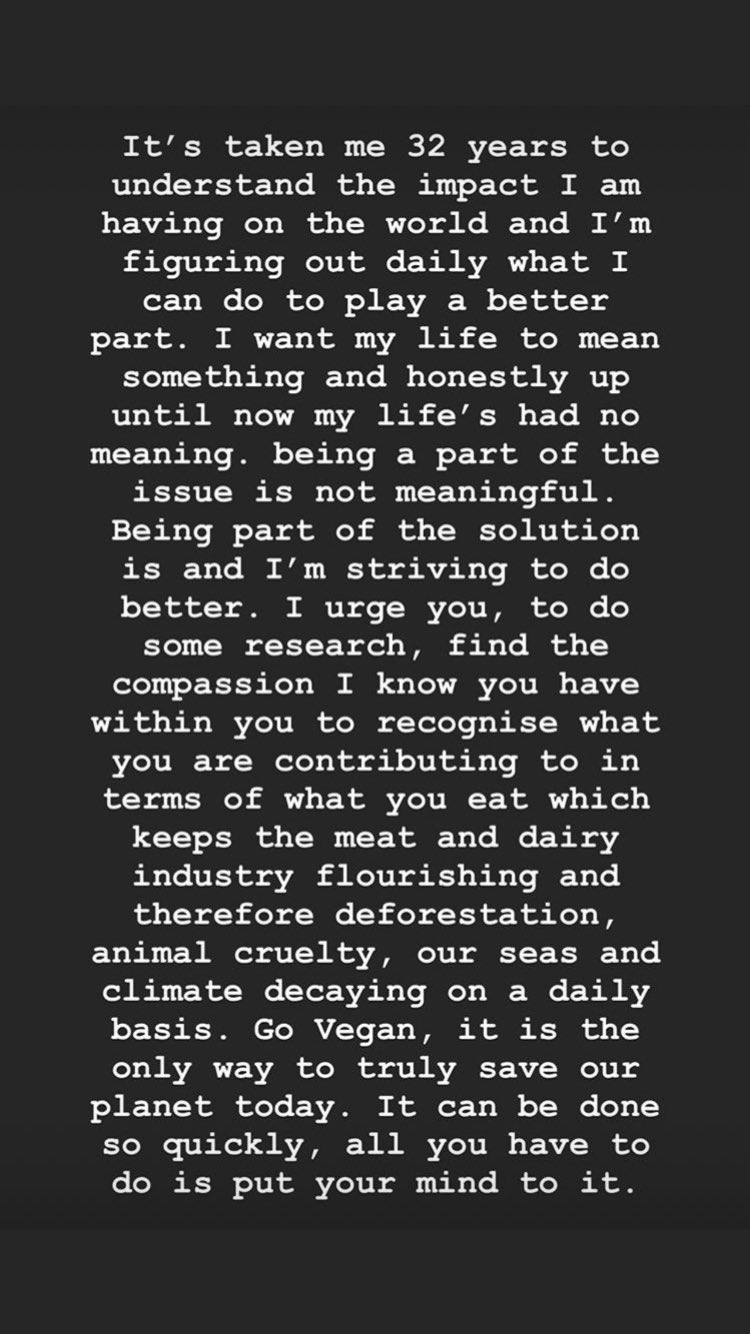 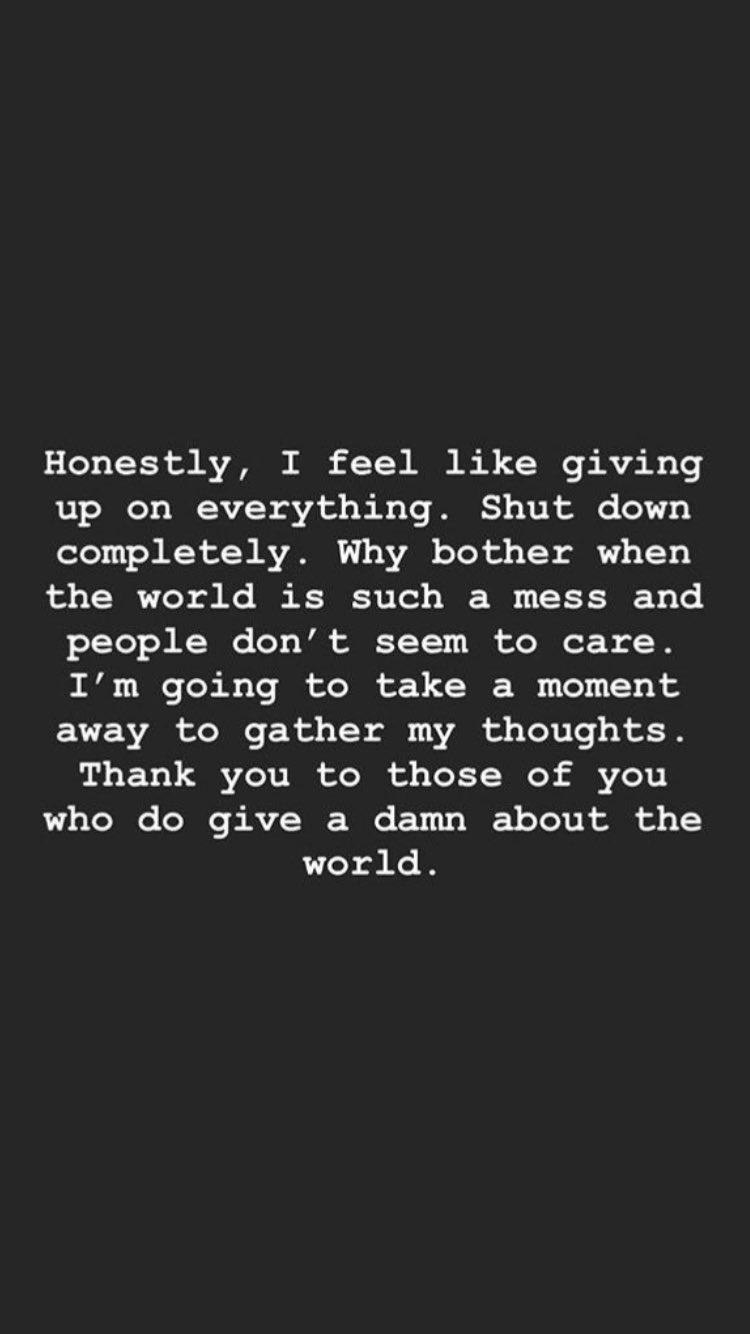 Predictably, people were quick off the mark to reproach his statements. Many insinuated that his lavish lifestyle—one of private jets, yachts, and racing cars—disqualify him from expressing concerns for the environment.

Others felt he should stick to driving cars.

Great admiration for Lewis Hamilton but he has lost the plot. Stick to motor racing Lewis.

I would argue that with 13.2 million followers on Instagram, and 5.6 million on Twitter, Lewis is in pole position to take a lead in trying to do something about the crisis we’re racing toward.

He has since deleted the posts, but took to social media again over the weekend to reassure critics and fans alike that he has not given up.

“Good morning World. I just wanted to send a message of positivity to you. I hope your week’s been amazing and wishing you a great weekend. I appreciate all the positive vibes you’ve sent my way. I haven’t given up, I’m still right here fighting! #stillirise”.

Do his critics have a point? 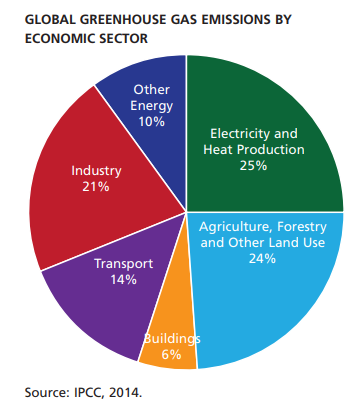 And while there have been efforts to reduce Formula One’s carbon emissions, it still contributes a sizable amount.

So no, flying around from one race to the next on a private jet is definitely not the most environmentally-friendly lifestyle.

But animal agriculture clearly has a far greater impact on global warming. Farming animals for meat and dairy produces 15 per cent of greenhouse gas emissions, more than all the world’s transport combined.

What makes meat and dairy so deadly?

So does this qualify people to condemn Lewis?

Well it’s worth noting that Lewis sold his private jet earlier this year to move towards living a greener lifestyle. And while this is a step in the right direction, he continues to conduct long-haul flights around the world to get to and from races.

But to channel the cynic in me, I have to wonder how many of Lewis’ critics were outspoken environmentalists prior to his comments (I take it you’ll be cancelling that trip to the Maldives over the holidays then John, 43, from Worcester?!). I’m sceptical. I also don’t see them condemning the non-vegan Formula One drivers, whose environmental impacts are markedly greater than his.

It’s reminiscent of when Piers Morgan attacked new vegan George Monbiot for wearing a leather watch strap. None of us are perfect, so why does trying to be better make us a target for criticism? Should we not be applauding Lewis for making the effort to make the world a better place for us all?

Alas, it seems like a convenient excuse to shirk any responsibility to take action, rather than confronting the points he made.

The United Nations’ IPCC announced last year that we must limit global warming to 1.5 degrees above pre-industrial levels to prevent long-lasting or irreversible damage to our planet. Doing so would require “rapid, far reaching, and unprecedented changes in all aspects of society” they said.

And yes, Lewis Hamilton could further reduce his environmental impact. We all could. But surely it is down to the government, airline, and Formula One powers that be to reduce their emissions? Not the drivers themselves. That’s like blaming an Easyjet pilot for the entire sector’s emissions. If you are truly concerned about the sport’s impact, I’d recommend sending a strongly worded tweet their way instead.

The best way we as individuals and consumers can help to save the planet is to go vegan, as Lewis rightly pointed out. By making that one simple change you can halve your food-related emissions. And recent statistics suggest that we are collectively starting to turn the corner – the number of vegans in the UK alone quadrupled between 2014 and 2018, to roughly 600,000.

But we still have a long way to go. And you can help us get there. Why not try going vegan for 24 hours on 1 November?

I’ll conclude by leaving you with a Hillel the Elder quote recently adopted by climate activist group Extinction Rebellion.