Is Kate Nash Vegan? Here’s What You Need to Know 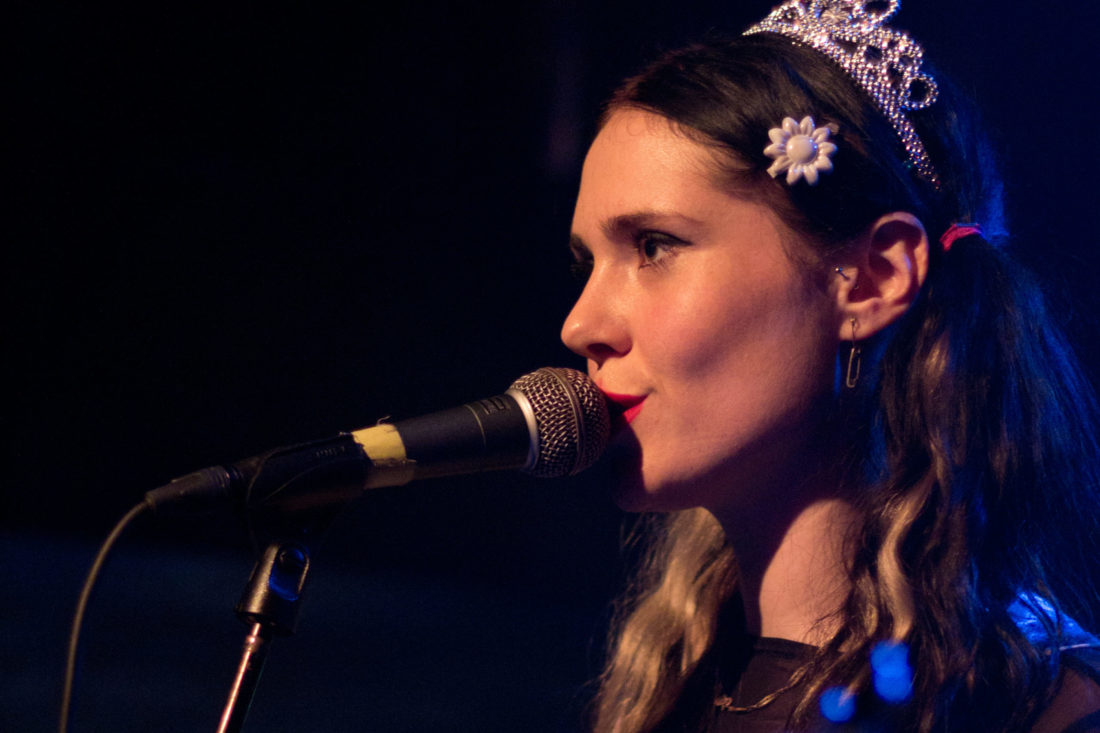 In January 2019, Kate released “Trash” – an upbeat indie-rock anthem, but one that embodies an important message. The track focuses on plastic pollution and features the lyrics “Chemicals burn inside my heart” and “You can burn me, but I’ll never go away”.

She was motivated to write the song after taking part in an art exhibition, in which artists were asked to make something from their collection of single-use plastics.

“I wrote the song specifically for the record. The whole thing really inspired and now I want to work on more music with an ethical/environmental agenda,” she told NME.

She says she took part in the event due to the despair she felt about the Amazon burning and islands of trash in the ocean. “We’ve done a lot of damage to the planet and being able to put my feelings about that into my songs is a way of trying to spread a message of awareness.”

Kate’s passion for the environment also extends to the fashion industry. She recently hosted the awards night and fundraiser at Vegan Fashion Week which took place in California from 10 to 15 October.

She believes that artists, musicians, and young people will continue to lead the trend of a more sustainable future in fashion. “The younger generations are going to continue to become more aware and evolve to take care of the planet better simply because they will have to, to survive,” she said.

So is she vegan?

In 2017, Kate revealed via Twitter that she had gone vegan after watching the South Korean and American action-adventure film, OKJA.

I’ve gone vegan. Tryin it on for size. Been veggie for like 8 years?? Watched @OKJAnetflix & it took me to the next level ❤️?? pic.twitter.com/1AXkGaRvyD

OKJA tells the story of a Mija, a young girl who risks everything to save her best friend –an enormous mutant super pig– from being kidnapped and slaughtered by a multinational corporation to be sold as exotic meat.

In an interview with LIVEKINDLY, Kate described her decision to become vegan, and how she was motivated to protest against the farming industry. “I was crying on the sofa and looking at the imagery at the end of the movie where you see the thousands of super pigs and I remember saying out loud, ‘OK I get it.’ And I’ve been vegan since then.

“The mass production of animals is just so disgusting to me,” she said.

Indeed, OKJA resonated with many of its viewers who also pledged to go vegan as a result.

Had been wanting to go Vegan for months but then I finally watched Okja and there and then I fully committed to it ? https://t.co/gvEs1xV0Qv

I know I’m late but after watching #Okja I want to become vegan. #Savetheanimals

Since going vegan, Kate has said that “the idea of eating an animal product once you have cut them out just feels wrong and strange, it’s like you clean out your system internally and then see it for what it is.”

Prior to becoming vegan, Kate had been vegetarian for 8 years.

The musician-turned-actor has always been open about her mental health throughout her career. She spoke to LIVEKINDLY about her most recent album, Yesterday Was Forever and the decision to address the issue of mental health. “It comes really naturally to me as I’ve been talking out loud about these things since I realized I had mental health issues,” she said. “I didn’t realize I had them until I was about 24 and so I think certain decisions in my life could have been made better if I had maybe known about them.”

She hopes to help people learn from her own mistakes, and normalise the issue.

And it seems that Kate’s shift to veganism has had a positive impact on her mental state. “It gives me a sense of peace and self-worth. I feel like everything is better for me mentally,” she explained.

On top of her music career, Kate has also been involved in several films and TV shows. She made her acting debut in 2012 when she starred in Greetings from Tim Buckley. She also starred in Powder Room and Syrup in 2013.

More recently, she is known for her role as Rhonda “Britannica” Richardson in the Netflix series GLOW, which stands for ‘Gorgeous Ladies of Wrestling’.  GLOW is an American comedy-drama revolving around the women’s professional wrestling circuit of the 1980s.

Since appearing on the show, people have noted a transformation in Kate’s body, and the experience has left her feeling empowered. She has attributed her vegan diet and a special exercise routine in helping her prepare for the role. She told DIY magazine that “I am now at a place where I’m totally feeling like the best I’ve ever felt.”

In a year where we have seen the UK’s environmental secretary seemingly determined to defend livestock farming, and one where we find ourselves in a climate emergency, it is refreshing to see an artist using their platform to raise awareness of some the most important issues of our time.