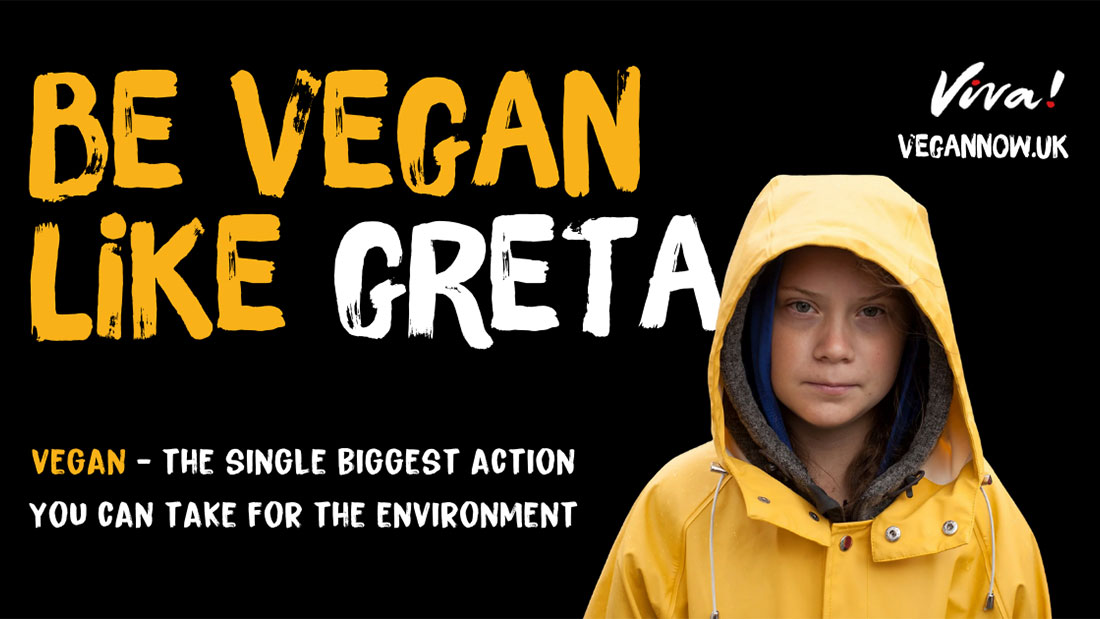 Greta is coming to Bristol for a Climate Strike on Friday 28 February. Here’s everything you need to know!

Greta Thunberg has announced she is coming to Bristol to take part in a Youth Climate Strike on Friday 28 February.

Greta has become a beacon of hope as the climate crisis worsens, showing the world how powerful one young person’s voice can be against some of the most prolific politicians in the world, and speaking out about how veganism is crucial in saving the planet.

On Friday 28 February, Viva! will be at the Climate Strike in full force with our ‘Vegan Now!’ placards asking people to go vegan to ‘Save Our World’.

Animal agriculture is to blame for almost 15% of total greenhouse gas emissions in the world; that’s more than all the planes, trains, boats, buses, cars and motorbikes in the world combined. On Friday 28 February, Viva! will be at the Youth Climate Strike standing in solidarity with Greta and the thousands of other young people striking for change. The charity will be gathered on College Green where they’ll be giving out free information on how to try vegan.

Founder and director of Viva!, Juliet Gellatley, explains the significance of Greta’s visit:

“We’re currently in a climate emergency and drastic action must be taken for the planet to survive. Greta is tackling the world’s most serious and imminent threat head-on and she has recognised that going vegan is the single most powerful action we can take as individuals to lessen our impact on the planet. We’re asking the Youth Strikers today to go vegan to save our world – Greta’s vegan, why aren’t you?”

Want some vegan placards for the Climate Strike? Order yours here!