Home » Blog » Go vegan for the planet and future generations 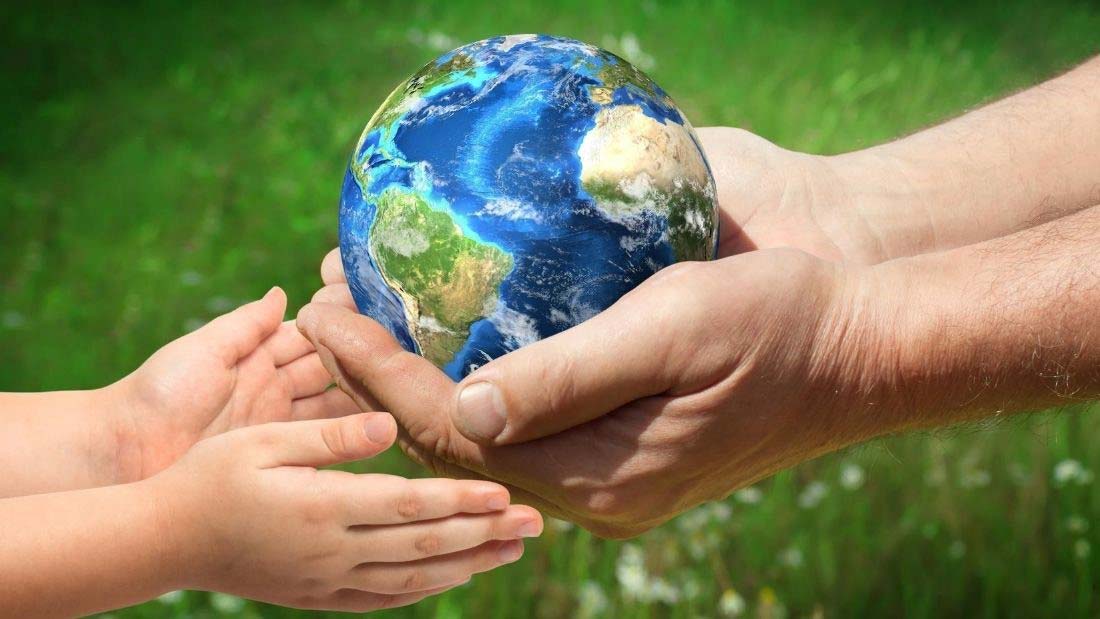 What if there was one simple change you could make to your life that would be more effective at combatting climate change and halting wildlife loss than stopping flying, using an electric car or switching to a green energy supplier. There is – going vegan!

In 2018, leading climate scientists said we had just 12 years left to get climate change under control. If we continue with business as usual, extreme weather events such as heatwaves, storm surges, floods, cyclones, droughts and wildfires will occur with increasing frequency – it’s already started.

Thanks to Greta Thunberg and the environmental movement Extinction Rebellion, we are finally waking up to the impending threats posed by climate change. The government has set a target for zero net greenhouse gas emissions by 2050, but we need action, not targets – and the huge importance of what foods we eat continues to slip under the net.

Animal agriculture lies at the heart of every major environmental catastrophe we face, including climate change, deforestation, air pollution, antibiotic resistance and the catastrophic loss of wildlife. The slashing and burning of rainforests is being done to clear land for grazing and animal-feed crops. Deforestation releases carbon stored in plants and soil and the smoke it creates contributes greatly to air pollution. Fossil fuel energy that is used to grow, process and transport animals, feed and meat also contributes. Nitrous oxide is released from fertilisers and methane from animal manure and enteric fermentation – cows burping and farting. Taken together, greenhouse gas emissions from animal agriculture exceed that of all the world’s transport combined.

Climate change, and the relentless destruction of natural habitats for the expansion of animal agriculture, are driving the world’s wildlife to the brink of extinction. If you weighed all the mammals on earth, 60 per cent of that ‘biomass’ would be livestock for meat and dairy, we humans make up 36 per cent and wild mammals make a up a tiny four per cent! The UN says that one million animal and plant species are now at risk of extinction and natural ecosystems are degrading at a rate unprecedented in human history. We are experiencing the worlds’ sixth mass extinction.

Environmental collapse is not just happening on land, our oceans have been decimated by industrial fishing with many fisheries pushed beyond their ability to recover, with ancient coral reefs lost forever. The United Nations Educational, Scientific and Cultural Organisation (UNESCO) say that by 2100, more than half of the world’s marine species may face extinction.

Animal agriculture provides just 18 per cent of our calories but takes up 83 per cent of the world’s farmland. It’s a highly inefficient way of feeding people with most of the protein and energy in crop feeds lost by bodily functions such as breathing, building bones, cartilage and offal and in faeces. If your car ran with the efficiency of a cow, you’d be filling up every day just to drive to the end of the road. Dr Jonathan Foley, Director of the Institute on the Environment at the University of Minnesota says: “Using highly productive croplands to produce animal feed, no matter how efficiently, represents a net drain on the world’s potential food supply”.

More and more scientists are recognising the benefits of a vegan diet. Dr Peter Scarborough from the University of Oxford says that going vegan could halve your greenhouse gas emissions from food. In 2018, other researchers from Oxford published a ground-breaking report assessing the environmental impact of food, from farm to fork. They found that going vegan could reduce your food-related greenhouse gases by up to 73 per cent and global farmland use by 75 per cent, an area equivalent to the size of the US, China, Australia and the EU combined. Lead author Joseph Poore said: “A vegan diet is probably the single biggest way to reduce your impact on planet Earth, not just greenhouse gases but global acidification, eutrophication, land use and water use”.

The World Economic Forum lists water crises as the largest global risk of harm to people and economies in the next decade and animal agriculture uses a whopping 70 per cent of global freshwater. In his Keynote Speech at the Stockholm Water Conference 20 years ago, Lester Russel Brown, founder of the Worldwatch Institute, warned that future wars in the Middle East were more likely to be fought over water than oil. This may have sounded like science fiction at the time, but scientists say we are heading towards a world resembling that portrayed in the futuristic film Mad Max: Fury Road, ravaged by drought and hardship.

For at least one month a year, four billion people face severe water scarcity; half a billion face it all year round and Yemen is close to running out of water. Problems are only going to get worse unless we collectively make an effort to use water more responsibly.

We currently feed around a third of all crops grown globally to animals, a shameful waste when you consider the millions of people going hungry every day. Growing food solely for people to eat, without first recycling it through animals, could increase food availability by 70 per cent, enough to feed an extra four billion people – more than the predicted population growth by 2050.

We may have a global economy, but the huge disparities between rich and poor, and the persistent depletion of environmental resources used in food production on land and at sea, prevent us from reducing the very basic public-health problem of world hunger.

It’s also high time we made the connection between animal agriculture, zoonotic (from animals to human) disease outbreaks and antibiotic resistance. Crowded wildlife markets provide perfect breeding grounds for new and emerging viruses to spread between species. The coronavirus that caused the Covid-19 pandemic is thought to have spread from bats, possibly via pangolins to people. If we keep invading and decimating wild landscapes, killing wild animals or capturing them and taking them to markets, we will inevitably shake viruses loose from their natural hosts.

Filthy, cramped factory farms all over the world, including the UK, US and Europe, make ideal reservoirs for antibiotic-resistant bacteria to develop, which if we do nothing, could be killing 10 million people a year, more than cancer, by 2050. Scientists have been warning us about this for years.

Scientists point out the stark parallels between these health crises and climate change – both driven by the increasing global demand for cheap animal foods.

A global switch to diets that rely less on meat and more on fruit and vegetables could save eight million lives by 2050, reduce greenhouse gas emissions by two thirds and lead to healthcare-related savings and avoided climate damages of $1.5 trillion. Marco Springmann, of the Oxford Martin Programme on the Future of Food, says: “The size of the projected benefits [of eating plant-based foods] should encourage individuals, industry and policymakers to act decisively to make sure that what we eat preserves our environment and health”.

We all know how polluting and wasteful old gas-guzzling cars are – how long before meat and dairy are seen the same way?