Factory Farms – a breeding ground for disease, the pandemic threat of animal agriculture 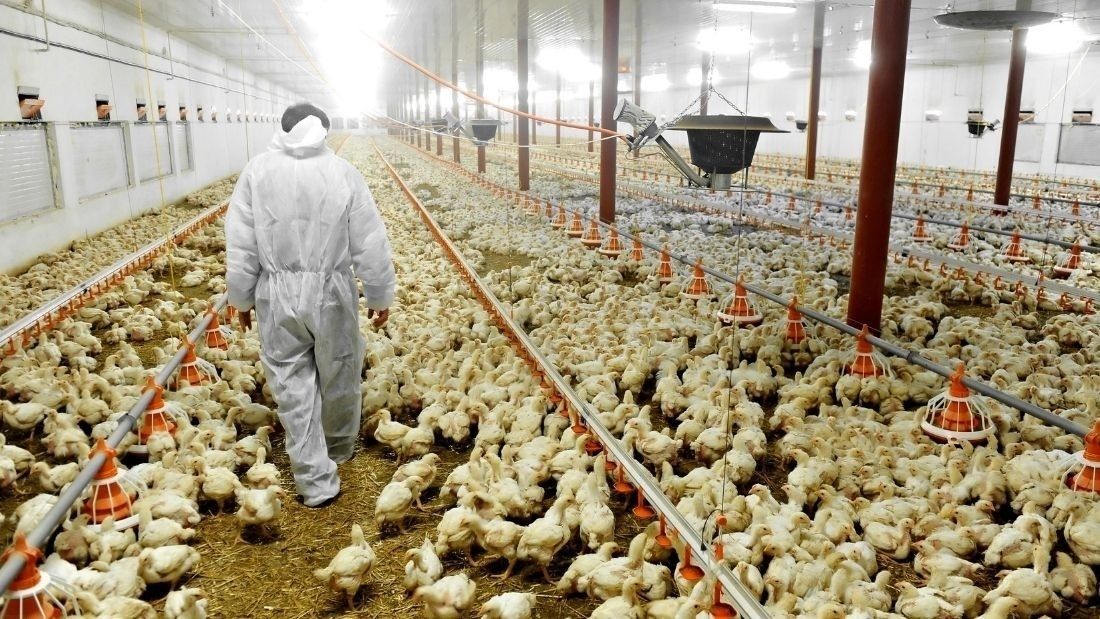 As humans learn to navigate a post-pandemic world, there has never been a more important time to consider the serious threat of future pandemics and to understand how, as a species, we can protect ourselves.

Factory farms provide the perfect breeding ground for disease. Animals are raised in closed, filthy, stressful and crowded, industrial facilities with little or no natural light. Their immunity is low as they have been bred for fast growth. It’s the perfect setting for viruses and bacteria to mutate and spread. In fact, you would be hard pushed to provide a more ideal environment than a modern factory farm.

As the insatiable global demand for meat and dairy increases, so does the scale of animal agriculture, with the number of factory farms – and the number of animals confined in them – rising at ever-increasing levels.

Alongside that, infectious diseases are emerging globally at an unprecedented rate (Rohr et al., 2019). The rise in factory farms and diseases are directly connected: “Agricultural intensification has been proposed as a major underlying cause of pathogen emergence from wildlife and domestic animal populations into human populations” (Pulliam et al., 2012).

The next pandemic may be caused by a bird or swine flu virus. It may be an antibiotic-resistant superbug or some other previously unseen infectious disease. Scientists can’t say where, and from which animal, the next pandemic will emerge but they’re sure it will happen.

Viva!’s report documents the disturbing prevalence and development of animal-borne diseases, making it an excellent point of reference for scientists, journalists, students or anyone interested in the topic. Despite the scientific nature of the report, its contents are presented in an accessible format and result in a fascinating read.

Senior Researcher at Viva! and author of the report Dr Justine Butler says:

“As we emerge from the Covid-19 pandemic, many people are looking forward to getting back to normal. But it’s ‘normal’ that got us into this mess! If we are to avoid another pandemic, our relationship with animals and the environment can no longer just focus on exploitation. The way animal foods are produced is now considered to be a global threat and we may have had our final warning.”

This report explains why it is vital to end this abuse of animals and move towards a plant-based food system. It’s a case of ending factory farming before it ends us!

To order a copy of the report please visit vivashop.org.uk/factory-farm-report.

To order a complimentary hard copy of the report please email siobhan@viva.org.uk