‘Disgusting’ vegan TV advert given the green light by ASA 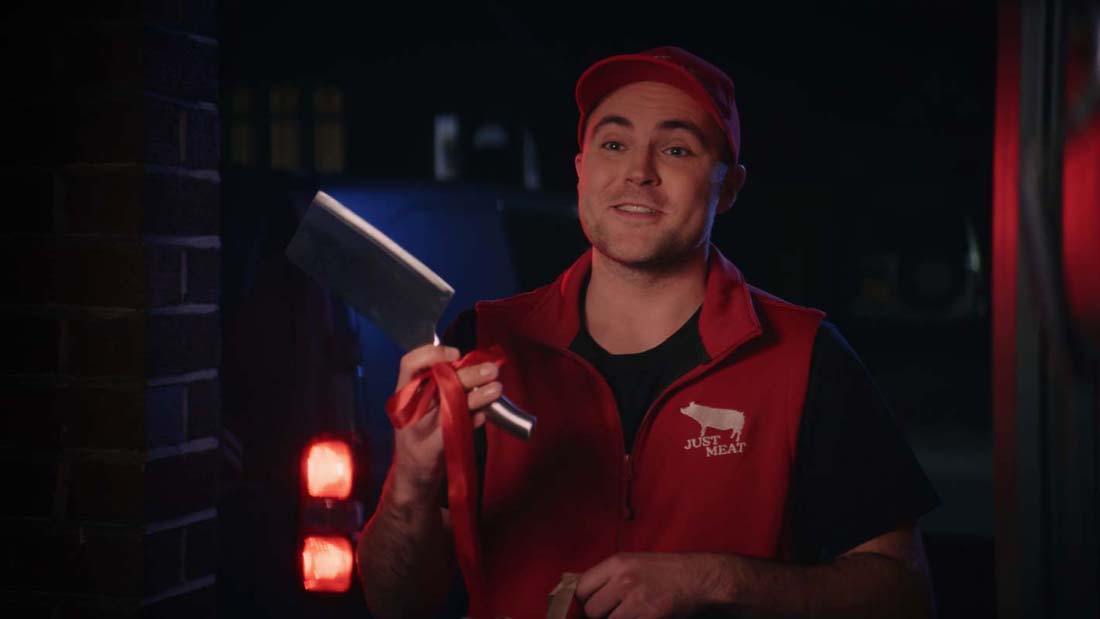 Following a series of complaints from TV viewers, the Advertising Standards Authority (ASA) has announced they have found no fault with the controversial ‘Takeaway the Meat’ advert created by Viva!.

In February this year, vegan campaigning charity Viva! broadcast their first vegan TV advert ‘Takeaway the Meat’. The Bristol-based group said they are “on a mission to show the public why eating vegan is better for the animals, our health and the planet.”

The TV ad was shown almost 350 times on Channel4 and associated channels between 14 February and 4 March 2022, reaching over 15.5 million adults.

Viva!’s TV advert, which finished broadcasting at the end of February, follows the journey of a meat-eating couple as they decide which takeaway meal to order. Snuggled up on their sofa, with their beloved dog, they choose pulled pork from the food delivery app ‘Just Meat’.

Hungry in anticipation of their meaty meal, the couple race to the door when the delivery driver rings the bell. Upon opening the door, they are shocked to find an adorable live piglet on their doorstep and the delivery driver brandishing a butcher’s knife announcing: “Just Meat, delivered fresh to your door.” Gob-smacked and confused, the couple don’t know what to do. Surely, they won’t kill the cute little piggy?

As expected, the advert raised a few eyebrows and soon became a hot topic of conversation, achieving international press coverage including The Daily Mail and it’s German equivalent, Bild.

The advert’s tongue and cheek approach, which uses suggestive non-graphic imagery, appears to have ruffled a few feathers with some as it received a flurry of complaints shortly after going on air – 402 to be exact! The majority of which claimed the advert was offensive and that it misrepresented meat-eaters.

Upon releasing the advert, Viva! explained they wanted viewers to consider the morality of eating meat, and in turn help them to make the connection between animals and food. Given the media hype and public feedback, it appears that the advert has done just that!

“We are delighted that the ASA has ruled in our favour and decided not to uphold any of the complaints made against us. I feel that the ruling signifies a shift in how veganism and the wider vegan movement is perceived by the ASA and mass media.
“Most people in the UK despise cruelty to animals, yet simply don’t make the connection between animal cruelty and what is on their plate. If we can encourage people to think about what they consume, at a time when vegan alternatives are widely available, we can play a part – on a national scale – in helping to change mindsets and save animals.
“In addition to the shocking brutality forced upon animals farmed for food, animal agriculture industry is wreaking havoc across the planet. It is the leading driver of wildlife loss and releases more greenhouse gases than the entire world’s transport sector.
“There has never been an easier, tastier or more important time to go vegan.”

For more information about this campaign and Viva!’s work please visit viva.org.uk/tryvegan.