Home » Blog » Coronavirus: What Does It Mean For Farmed Animals?

Coronavirus: What Does It Mean For Farmed Animals? 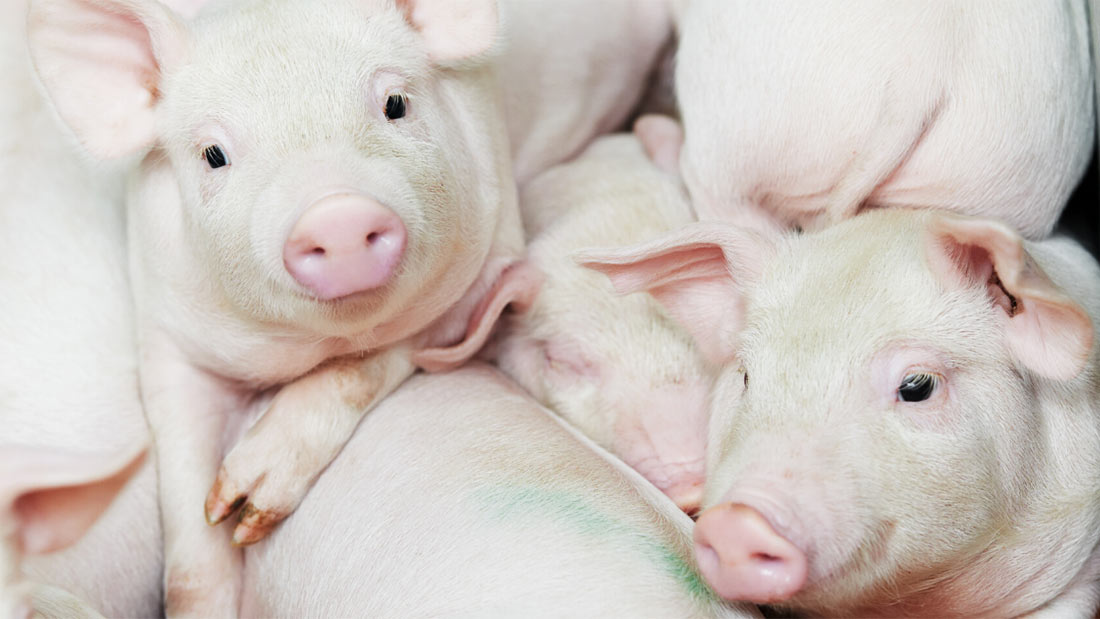 As the nation focuses on the pandemic, we have grave concerns for farmed animals. As assurance schemes stop their pre-arranged inspections, as ineffective as they are, one can only wonder what atrocities are taking place behind closed doors.

Coronavirus: What does it mean for farmed animals?

We can’t escape the impact of coronavirus and its effects are changing life as we know it. With entire nations experiencing government-enforced lockdowns and masses of people being told to self-isolate, these are unprecedented times for everyone.

There is some speculation regarding the source of the virus, however current scientific research leads us to believe that it originated in bats, who passed it to the pangolin, an endangered wild animal eaten as a delicacy in many parts of the world, and has resulted in the coronavirus pandemic.

Eating animals is deeply engrained into many global cultures and still for many people it is the norm. Despite this, in recent years there has been a significant shift in consumer behaviour and veganism has exploded. Increasing numbers of people are understanding the devastating effect that livestock farming and animal products are having on our health, the planet and animals.

Although many people are reducing their consumption of animal products, more than 70 billion animals are farmed and slaughtered worldwide each year for food. As coronavirus has spread across the planet, increasing numbers of people are being forced to work from home or not work at all, in an attempt to contain the spread of the virus.

What impact is coronavirus having on farmed animals?

The National Pig Association (NPA), the UK’s leading pig farming association, has reported that one of its major concerns during the coronavirus pandemic is staff shortages (1). Their concerns are legitimate as infection rates continue to rise and more workers are forced to self-isolate.

Lobbying from industry organisations like the NPA and National Farmers Union arguing that livestock farmers are critical to the country’s response to the coronavirus outbreak, has resulted in farmers being listed as ‘key workers’, allowing them to work during lockdown. This also means that regardless of decreased staff numbers, livestock farms, slaughterhouses and processing plants may be running on skeleton staff.

The chicken, egg, pork, beef and dairy industries generally have higher numbers of employees than crop growing farms and typically these workers are in close proximity to each other, usually inside large barns or sheds. Often overcrowded and unsanitary, these environments are a breeding ground for bacteria and disease, resulting in many farmed animals being routinely fed antibiotics to fight off infection. Although many livestock farms use automated machinery to carryout tasks such as feeding and milking, a large number of tasks still require human involvement – including artificial insemination, the administration of medication, washing down stalls and general site maintenance.

Vegan campaigning charity Viva! have investigated numerous Red Tractor approved farms, including pig, egg-laying, turkey and dairy farms and discovered shocking animal welfare issues across the board (2). The charity says the scheme is nothing more than an elaborate marketing ploy, leading consumers to believe animals are reared under some of the ‘highest animal welfare standards’ in the world. The label suggests farmed animals have sufficient access to freedoms including ‘the right living space, food, and water and are healthy’ whilst boasting credentials such as food ‘traceability, safety and animal welfare’.

Viva!’s high-profile investigation into the Warwickshire-based pig farm, Hogwood, which carried the Red Tractor seal of approval, was found to supply supermarket giant Tesco through pork processors Cranswick PLC. The charity carried out four separate investigations over the course of three years.

On each and every visit they discovered sick and dying animals abandoned in gangways, severely overcrowded sheds festooned in filth and cobwebs and multiple instances of cannibalism as well as widespread ear and tail biting. All of these findings were officially reported to Red Tractor and only on the fourth and final investigation in 2019 did Red Tractor acknowledge the welfare issues and take action by dropping the farm with immediate effect. Whilst these investigations progressed, a Daily Mail article revealed that only one in 1,000 Red tractor inspections went unannounced (3), providing farmers with the opportunity to make farm conditions presentable and remove evidence of questionable practises in time to welcome inspectors on site; deeming the inspections totally worthless.

On 20 March 2020 Red Tractor announced its suspension of ‘physical’ inspections as a result of the coronavirus outbreak. The day before this, 19 March , the Agriculture and Horticulture Development Board (ADHB) declared suspension of its Pig Health Scheme Assessment, which monitors the health of pigs sent to slaughter, until further notice, also because of the coronavirus pandemic. Pig meat conglomerates Tulip Ltd and Cranswick PLC, both having been exposed by Viva!for horrendous animal welfare breeches in their supply chain, are businesses due to be inspected by the ADHB (4). The suspension of inspections in an industry with major existing welfare problems raises the question of how farmed animals will fair during the pandemic. It’s likely that the suspension of inspection schemes such as the ADHB’s will cause concerns about the health of the animals when they are sent to slaughter. This fact seems to be overlooked by industry.

There has been much hysteria and panic caused by the coronavirus pandemic resulting in masses of people bulk buying and stockpiling food. The meat, egg and dairy industries are experiencing a spike in demand for products. A recent ITV news piece speaks to a Cornish dairy farmer who claims ‘We have seen a huge demand for milk and meat from people’(5). Industry group ADHB warns ‘revenues will be seriously reduced, and cash flows stretched’(6) due to increased demand for dairy. A community farm near Mansfield has already reported plans to euthanise animals (6), claiming they cannot afford to feed the animals. The impact of increased consumer demand is clearly putting a strain on an already struggling industry. When profits are dwindling animal welfare becomes even less of a priority.

Viva!’s founder and director, Juliet Gellatley, explains her concerns for the welfare of farmed animals in these unprecedented times:

“The shockingly poor welfare of farmed animals has always been seen by the government and industry as an unfortunate by-product of feeding the masses. Farmed animals are treated as commodities with no regard for their emotions, suffering or their basic right to life. Time and time again Viva!’s investigations have exposed the brutal reality of farming in Britain on free-range, organic and intensive farms.

Our two most recent investigations have been Red Tractor approved and have exposed shocking animal welfare breaches – demonstrating a total disregard for animal welfare.

I have grave concerns for farmed animals as the nation focuses on the pandemic. As industry funded assurance schemes stop their pre-arranged inspections, as ineffective as they are, one can only wonder what atrocities are taking place behind closed doors as staff numbers dwindle and farmers are left to their own devices.”

Farmed animal welfare is a highly contentious subject, with organisations like Viva! demanding an end to all farming and encouraging the world to choose vegan. Compared to the meat industry’s failure to acknowledge the farming system is broken and that the myth of British farms having the highest welfare standards is a lie.

As staffing numbers dwindle during this pandemic, which they undoubtedly will, and assurance schemes postpone inspections, our current poor animal welfare standards are likely to become even worse.

Viva! is a registered charity 1037486 For more information on Viva!’s investigations visit: www.viva.org.uk

3. Red Tractor only one in 1,000 inspections announced – https://www.dailymail.co.uk/news/article-6005311/Red-Tractor-UK-food-standards-scheme-breaches-farm-inspections-arent-shown.html

4. ADHB cancel pig health inspection scheme (abattoirs) due to CV -including visits to Cranswick and Tulip – like all other inspection schemes they are organised in advance – https://pork.ahdb.org.uk/health-welfare/health/safe-traceable-pork/pig-health-scheme/