Home » Blog » Come on Nigella, give veganism another go!

Come on Nigella, give veganism another go! 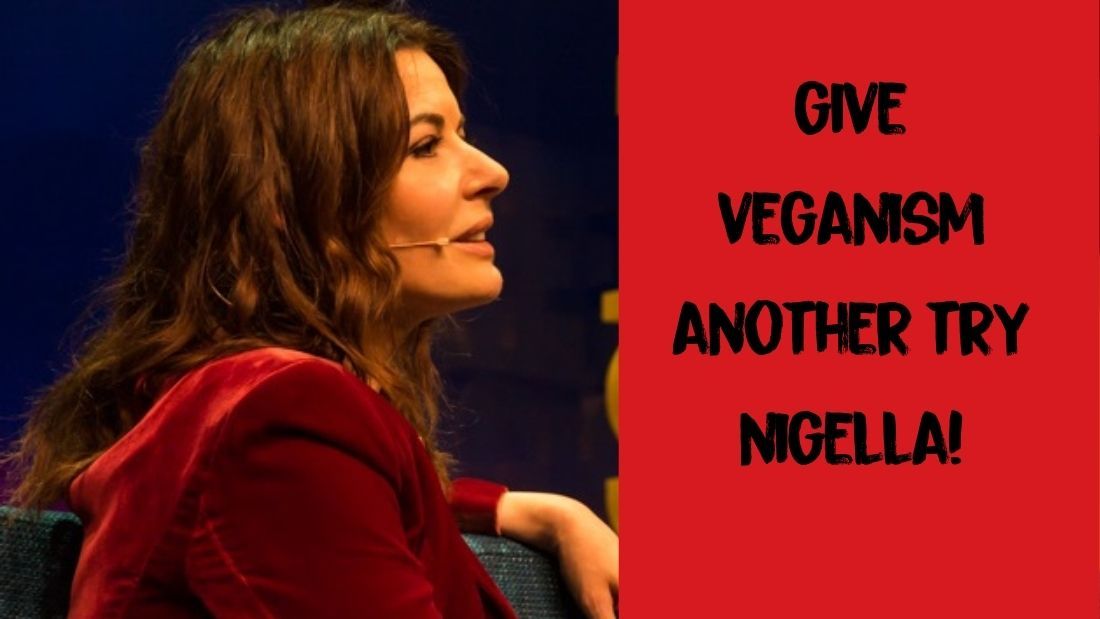 For those who want to try eating vegan, a little planning really does go a long way says Siobhan Dolan, PR Manager from the UK’s leading vegan charity Viva!.

Nigella Lawson, the queen of culinary innuendos, has revealed in a Sunday Times interview that she tried to eat vegan but only managed a measly two weeks, claiming it made her ‘very run down’ and worsened an iron deficiency.

Lawson is best known for her indulgent, rich and to be frank, pretty unhealthy, recipes; predominantly choosing to use animal products over plant-based ones. Given this, it isn’t surprising that her attempt to go vegan was somewhat…lacklustre.

It is unclear as to why Lawson has tried to go vegan in the first place as she states: “I couldn’t be vegan, though I do love vegetables. I don’t see the point” she said: “I’m very happy to not eat so much meat but I do love it. I’m also in a privileged position and I get great salt-aged beef or lamb, so I never like to lecture people.”

If this is how Lawson really feels about veganism, why has she attempted to try it if her heart isn’t really in it? Perhaps this failed attempt at trying vegan is to gain extra exposure for her new book.

After falling off the vegan wagon, Lawson claimed eating vegan for two weeks made her feel ‘very run down’ and that eating vegan exacerbated her existing iron deficiency. It’s a real shame that she didn’t adequately prepare herself for her vegan journey by ensuring she ate plenty of iron rich vegan foods. The best plant sources include wholegrains (quinoa, wholewheat spaghetti and wholemeal bread), fortified breakfast cereals, pulses (lentils, tempeh – fermented soya beans, tofu, baked beans, kidney beans, peas), seeds (pumpkin seeds, sesame seeds and tahini – sesame seed paste), dried fruit (apricots and figs), seaweed (nori) and dark green leafy vegetables (kale). It’s not difficult and vegans are no more likely to suffer from iron deficiency than meat-eaters. If Lawson had prepared and incorporated some of these key ingredients, her vegan mishap could have been a roaring success.

As well as claiming veganism is lacking in iron, she also slammed factory-produced plant-based foods saying: “I want to eat proper food, because I feel that we have the teeth for meat and so it’s natural for us to want to eat it.’” Ah, the age-old argument of our meat shredding canines! Does Lawson really think our measly canines could snatch up a rabbit and tear into the flesh with our bare teeth like a lion does? Their canines reach up to seven centimeters in length and can rip just about anything apart, humans can’t! It really is time for people to stop using this debunked, inaccurate argument to justifying their meat consumption. Research shows our ancient ancestors ate a largely plant-based diet.

All major health bodies recommend reducing meat consumption, not only for your own health but for the planet too. Animal agriculture is having a devastating effect on the environment. A varied vegan diet can meet all your nutritional needs and is the best diet for animals and the planet – and we are designed for it!

Going vegan is the best way to help animals. In the UK, around 1.2 billion land animals are killed for meat every year. The numbers are mind-boggling and include around 2.8 million cows, 10.5 million pigs, 14.9 million sheep and lambs, 15 million turkeys, 14.5 million ducks and 1.1 billion (yes billion!) chickens. In addition to that, almost one billion fish and 4.4 billion shellfish are killed, too.

Over 80 per cent of farmed animals spend their short and wretched lives in factory farms, crammed into filthy sheds with little or no natural light. Bred for rapid growth, they are highly stressed and this combination of factors provides the perfect environment for viruses to mutate and spread. It’s hard to tell which poses the greater threat from factory farming, antibiotic-resistant superbugs or a mutating virus. Both could be the source of the next pandemic!

Finally, Lawson felt she ‘needed’ eggs. Eggs are commonly misconceived as a ‘health food’, but this just isn’t the case. Eggs contain saturated fat and cholesterol, both of which increase the risk of heart disease. Eating an egg a day doubles the risk of type 2 diabetes – mostly due to the cholesterol content. Today there are so many delicious, healthy alternatives to eggs available to buy. Why not give them a go Nigella?

In conclusion, now we have provided top tips on how to combat iron deficiency in veganism and delicious alternatives to eggs, we’d love to help Nigella Lawson give veganism another shot.

There has never been a better time to try veganism and with support from Viva!, Lawson can make her second attempt a success. So come on Nigella, for your health, the planet and the animals, give it another go!