Did you know, there are three times as many guns in the US as there are microwave ovens? That’s 270 million versus 90 million. It would seem that killing is a hell of a lot more popular than cooking. With 40,000 people over there being killed by guns every year, maybe that’s not as facetious as it sounds.

To say there’s a gun culture in the US is a bit like saying that Brits like beer.

To see a near-army of macho, obese, bearded blokes dressed for battle with enough high-powered hardware to re-fight the second world war was, let’s say, sobering. The fact that they claimed they were doing it to protect democracy while trying to overthrow a democratic election was even more sobering.

Now, I ought to declare an interest – I’m pretty good with guns, obtained marksman status in the military and spent a good deal of my service with a fully-loaded .38 Smith & Wesson revolver at my hip. However, I’ve never been seduced by guns because I know what they can do. I had also received a shotgun for my sixteenth birthday and very quickly realised in the ‘bang bang, you’re dead’ games we played as kids, death lasted only seconds while in reality it is horribly permanent.

All the posturing by armed men and their ‘sport’ of killing living creatures is often excused as being a primeval need to exercise our hunters’ instincts. It’s tosh, of course and few of the men or women in Britain ever feel the need to go out and kill things. Killing is a culture not a life force and in Britain that culture has overlays of class and wealth. You only have to read the Protection of Song Birds Act (1954) to realise that.

It divides birds into three categories – the first are those we regularly see in our garden, such as blackbirds and finches, robins and linnets, the ones we would identify as song birds and these are protected at all times. The second category has no protection at all and you can kill them whenever the fancy takes you, even during nesting season. They include familiar names such as wood pigeons and house sparrows, corvids and cormorants and the big gulls. Pests, that’s what they are!

The third category you can also kill, but only outside the nesting season and with authority – a land-owner’s authority (here’s a clue). These birds may be lacking in the choral department and deliver rather more mundane quacks and honks, peeps and twits, but is that any reason to kill them? Seems to me a bit like an X-Factor where those contestants who fail and get more than two Xs are taken outside and shot (might reduce the audition queues, though!). Birds in this group are some of the most beautiful there are and include the teal and a whole range of other ducks, wild geese and golden plovers, the elusive snipe and woodcock, even the village pond coot. Then, of course, there are pheasants, partridge and grouse (and that’s your second clue). 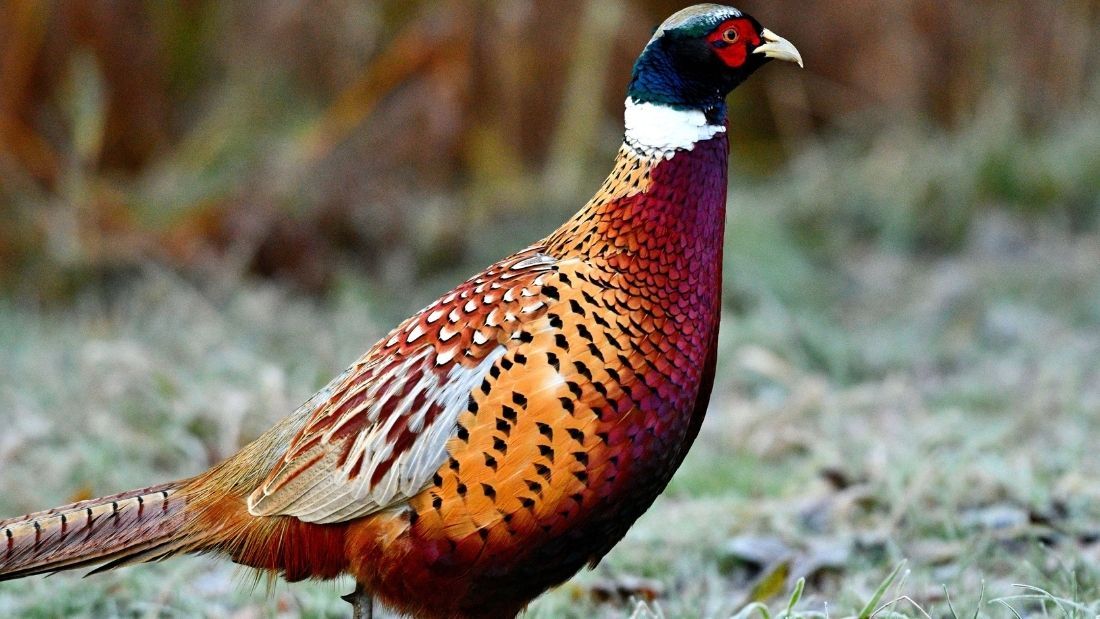 Yes, these birds were excluded from the list of protected birds for no other reason than the ruling class like to shoot them. Dear god, hardly anyone has ever seen a snipe or a woodcock so they’re hardly pest status. Perhaps it’s not surprising that Winston Churchill was prime minister when the discriminatory act was introduced. That’s gun culture for you!

Driven game bird shoots are the big attraction – and big business to boot, worth £2 billion a year and offer ‘significant conservation benefits’, according to the Countryside Alliance, the High Church of slaughtering things. Let’s forget for the moment that heather is burned, natures balance is screwed by releasing thousands of birds into the countryside prior to the shoot (our own version of canned hunting) and anything that might devour an egg or a chick is often quietly and illegally disposed of – including birds of prey and even hedgehogs. ‘Driven’ means the birds are driven forward by beaters right over the guns so they don’t even have to move.

If you want to participate in a good shoot, it will cost you up to £3,000 for a day’s outing and for that you’ll get lunch and a loader. You will of course need a flat cap, a Barbour jacket and Hunter wellies and, if a newbie, your copy of Shooting Etiquette. What century are we in?

The high priestess of this organised slaughter is the Queen, with all her family having been inculcated into it as little more than toddlers, along with a battery of dukes and earls barons and marquises. So, as the countryside degenerates in front of us and wild bird numbers collapse, the aristocracy (and increasingly big business people) see no contradiction in turning it into a bird charnel house all for a bit of a jolly.

Why is it important? Well, I love a good quote and Karl Marx and Friedrich Engels hit the nail on the head when they said: “The ideas of the ruling class are, in any age, the ruling ideas”. They were right. It’s why middle class Victorian families laid their table with silver-plated cutlery, to look like the solid silver of the ruling class but at a fraction of the cost. I don’t care how hard working the Queen is, in this regard she is telling the country that slaughtering animals is a pleasant way of spending a day – encouraging them to ‘do as I do’ (if you can afford it). It sanctions and applauds slaughter. And as for her children and grand-children – well, if it runs, chase it seems to be their motto.

One of her grandsons seems to be on the cusp of breaking free from this incestuous legacy and don’t the tabloids hate him for it? How dare he upset the Queen! But for Will and his wife, it’s still shotguns at dawn. He cries tears over disappearing rhinos and elephants and then defends trophy hunting.

But something big is happening and for the first time in history, we don’t have to wait for the ruling class to initiate vital change – I think we are in the process of answering one of Albert Einstein’s greatest concerns. After the first atomic bomb had been tested at Alamogordo, New Mexico, he said: “The release of atomic power has changed everything except our way of thinking … the solution to this problem lies in the heart of mankind”. Well Albert, I think the heart of mankind is finally beginning to change and it’s the young (although not exclusively the young) who are in the vanguard. Conscience is their motivation and social media are their tools.

The opinion makers and shakers need to wake up and join the new revolution in thought or they will be stranded on a grouse moor somewhere, the last survivors of an irrelevant cult.

About the author
Tony Wardle
I have been with Viva! since its launch, helping Juliet with precious few resources – staff or money! My title is associate director and I can turn my hand to most things that Viva! does, and can talk on almost all the subject areas we cover. But my time is consumed mostly with words, writing for and editing our supporters magazine, Viva!life, checking, editing a large output of written material as well as conceiving and writing much of it.