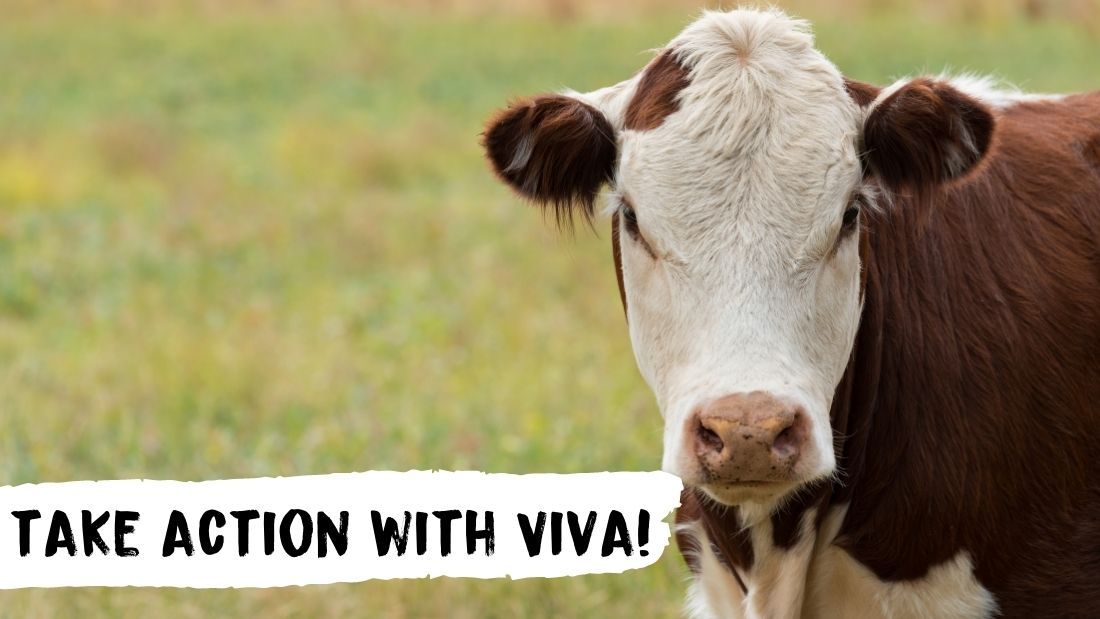 The misleading ‘Eat Balanced’ TV advert reeks of desperation, but we won’t sit by while dangerous and false facts are being spread about meat and dairy.

It’s no secret that the animal agriculture industry has been growing more and more desperate over the years as increasing numbers of people are learning the truth about the true cost of animal farming, whether that’s for our health, the planet or for animals.

Our recent poll showed that nine in ten Brits want to see an urgent end to factory farming due to fears of the spread and mutation of killer viruses. We also found one in three Brits have reduced their meat consumption or gone vegan since the start of the pandemic – news that likely has Big Ag quaking in their boots.

The animal industries’ desperation is perhaps best symbolised in a recent TV advertisement, funded by the Agriculture and Horticulture Development Board (AHDB), which boasts that meat and dairy simply come from ‘rain from the sky’ and ‘plants we humans cannot eat’. As just one example of how false this is, one million tonnes of soya was imported into the UK in 2019 alone, all of which was used to feed animals when soya is a perfectly edible, nutritious plant humans can indeed eat.

What You Can Do

The Advertising Standards Authority (ASA) is a body which regulates advertisements in the UK. Its purpose is to uphold a moral code as well as ensure that advertisements do not spread misinformation. Clearly, this advertisement has breached the rules.

Submit a complaint to show that the British public won’t accept such false advertising. You can find Viva!’s complaint below to use as a guideline for making your own, but it is essential that you make the complaint your own. The ASA will dismiss duplicate complaints on the grounds that it could just be one person sending the complaint from different accounts, and we need to show the ASA just how many people won’t accept such misleading advertisements. Your complaint should explain with sources how the advertisement is misleading and how it makes false statements. You can find examples in our complaint below.

Viva!’s Complaint – Please Only Use As A Guideline

On behalf of Viva!, Europe’s leading vegan campaigning charity, I would like to raise a complaint about the recent Eat Balanced TV advert, which promotes meat and dairy, on the grounds that it is a very misleading advertisement which spreads misinformation.

The advert portrays meat and dairy as simply coming from ‘rain from the sky’ and ‘plants we humans cannot eat’. On the contrary, 85 per cent of farmed animals are kept in factory farms and fed on plants such as wheat, soya, oats and rice bran, foods that humans can indeed eat. For example, over a million tonnes of soya were imported into the UK just in 2019, all of which was used to feed farmed animals. Meat and dairy do not simply come from ‘rain from the sky’ and ‘plants we humans cannot eat’. This misleading statement attempts to make meat and dairy come across as sustainable, which is in complete contradiction to the facts. The University of Oxford conducted the most comprehensive analysis to date of all farming practices and concluded that the most sustainable diets exclude meat and dairy because they are so much more unsustainable than plant-based foods.

Moreover, the advert states that ‘meat and dairy’ contain ‘essential nutrients our bodies need to stay healthy’, misleading viewers into thinking that we are unable to source all of our essential nutrients from a vegan or plant-based diet. The NHS makes clear that people can live a healthy life on a vegan diet at all stages of life, and many studies have shown that animal products are directly harmful to our health. Two such examples are the Harvard Medical School study which found a ‘substantial benefit in eliminating or reducing consumption of red meat’ and a 2019 study by the University of Oxford which found that plant-based products were better for planet and health than animal products. Furthermore, multiple studies show a direct correlation between certain cancers and red meat. With this in mind, it is unacceptable that ASA has allowed an advertisement which promotes red meat as ‘essential’ to good health when it has repeatedly been found to be hazardous to health.

I urge ASA to uphold their code of preventing misinformation and ask the AHDB to withdraw the advertisement on the grounds that it spreads false information. The advert can be found at https://www.youtube.com/watch?v=d_Ryzpz4eYk and is also appearing on television.

Please see the following for evidence of the above references to studies on animal products.