Another day, another vegan company! 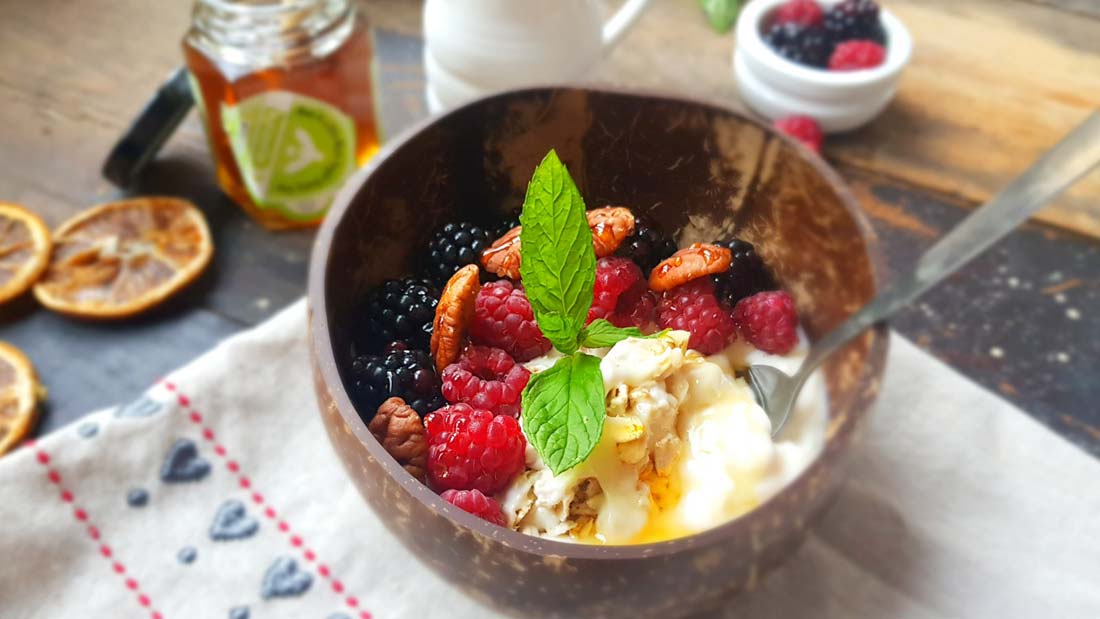 We are continuing to see a rise in vegan companies and products as demand for vegan products soars.

The creation of Vegan Green Bee, a company with a fully vegan, eco-friendly product range, came about when Paulo Scomparini looked into helping more people minimise their impact on the planet. And we’re continuing to see a rise in vegan options as demand soars – especially as the pandemic has caused millions more people to rethink animal agriculture and move towards veganism.

The Viva! team has had the pleasure of sampling Vegan Green Bee’s star product: their vegan honey. Unbelievably, it is made from just 100% organic brown rice, but has the clear, amber colour of bees’ honey, a delicate sweet taste and – we can happily testify from personal experience – goes perfectly on porridge, mixed in with vegan yoghurt, and on toast.

Whilst we’ve had agave syrup, maple syrup and golden syrup as cruelty-free alternatives for a while now, it’s brilliant to see new companies offering us more and more ethical options, and to see lots of vegan honeys come onto the market. It could just be the perfect present for any friends who have gone 99 per cent vegan, but just haven’t quite ditched the honey yet! 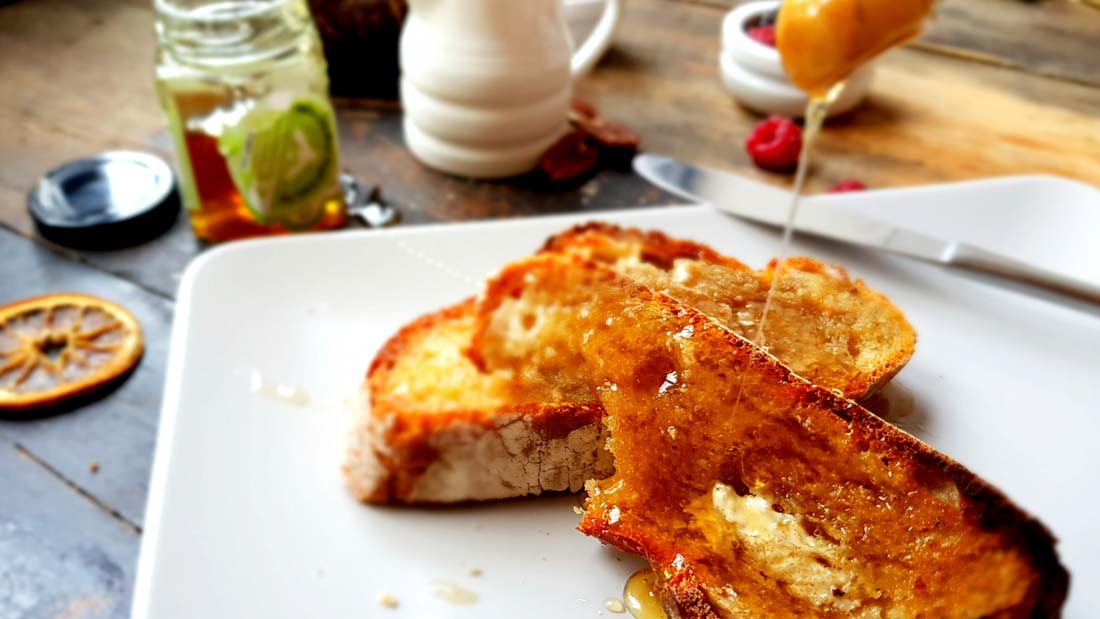 A growing number of people are horrified by animal agriculture, whether that’s due to its inherent cruelty or to its environmental impact. They might swap out most animal products for vegan, kinder options, but keep on buying honey because they are unaware of its cruelty, or even under the impression that it’s beneficial for the environment. 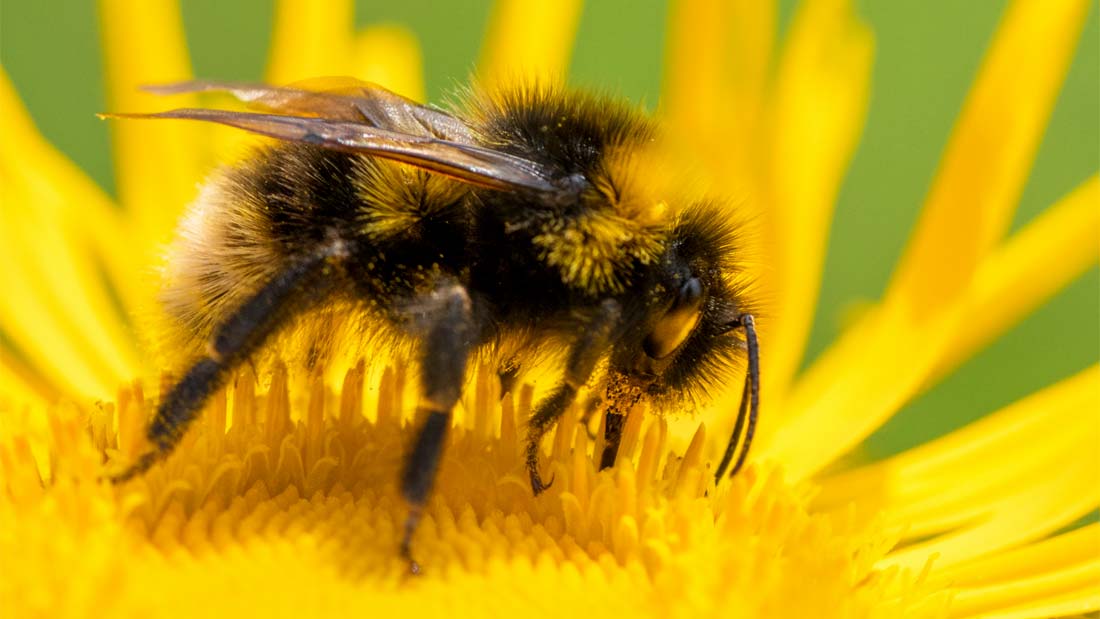 The cruelty of honey

The queen bee’s wings are often cut off so that she can’t leave the colony; beekeepers can even buy queen bees online with their wings clipped, sent to them in the post. Drone bees are crushed until their semen is released, and beekeepers will then restrain the queen bee and inseminate her. Drone bees are killed in the process.

Bees gather honey for food for themselves, but beekeepers take the honey away for human consumption, replacing their hard-earned honey with a sugar-water solution. Unsurprisingly, this lacks the essential nutrients bees get from eating honey. They are consequently far more exposed to disease, and we have seen mass die-offs of hives in the UK in recent decades. For example, in the winter of 2012 to 2013, one-third of all UK honey bee colonies were wiped out. It was a particularly cold winter, but bees would have been better protected if we hadn’t taken their natural food source away from them.

Some beekeepers cull their hives before winter to save money; they’ll start again with a new colony the following year, before killing them all before the next winter, and the cycle goes on endlessly, year after year. Methods used for the culling include: burning the hive alive, drowning the bees by pouring soapy water over the hive, or gassing them to death with carbon dioxide. Beekeepers will also sometimes capture bees in a plastic bag and leave them in the sun to die of overheating and suffocation.

In any healthy ecosystem, it is essential that there is a diverse range of pollinators to rely on. Because humans have interfered with honeybees so much, other pollinators, such as the bumblebee, have been pushed out and their populations have suffered whilst we’ve created an unnatural influx of honeybees. The way in which we breed honeybees means their gene pool is extremely narrow, and therefore very susceptible to diseases which risk killing huge numbers of bees. We’re already seeing complete hives die off – the more we rely on honey, the more we are becoming completely dependent on one species of pollinator with a worryingly narrow gene pool. It’s like relying on just one crop for the food we eat – if that crop fails, we’re in serious trouble. We need to have a diverse range of pollinators, but buying honey supports a system which does the opposite.

We’ve got the alternatives

For the sake of bees, wildlife and our planet, try some of the great honey alternatives available to us now; whether that’s agave, maple or golden syrup, or vegan honey itself. 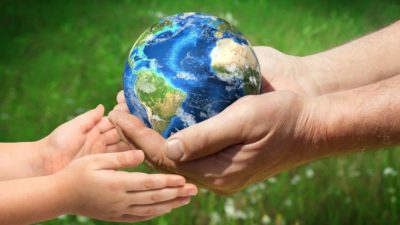 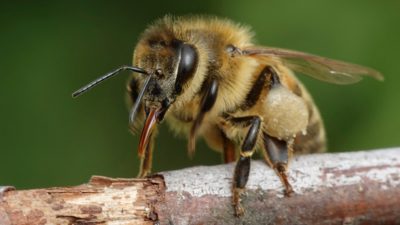 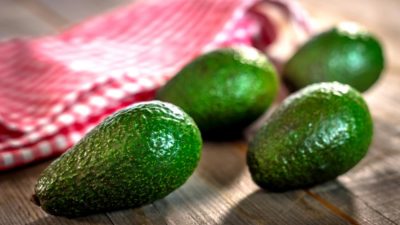