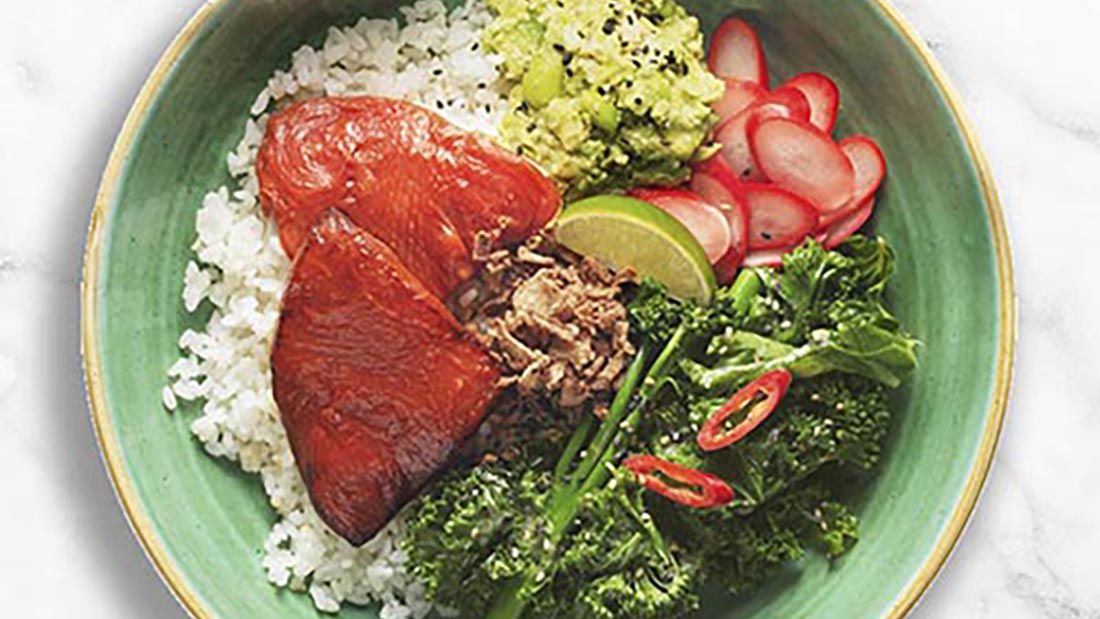 There used to be a time eating Asian food as a vegan meant a bowl of boiled rice with some sad looking tofu plonked on top while you’re mates dug into vibrant dishes full of colour and flavour.

But now, eating at Wagamama as a vegan means you can enjoy the same classics as your carnivore mates such as Katsu Curry and even vegan egg! In the latest addition to their extensive vegan menu, they’re now serving ‘vegan tuna’ in honour of Veganuary.

Made out of dehydrated watermelon and marinated in delicate flavours before being seared, the vegan tuna promises the same look and texture of tuna sashimi with a delicious umami taste.

So what did our meat-eater and vegan taste-testers make of the vegan tuna? Here’s everything you need to know…

Vegan: The dish itself looks incredible. The vegan tuna looks nothing like any vegan food I’ve had before and the vibrant colours of the green broccoli and kale, pink pickled radishes, crispy onions, red chilli and avocado give an amazingly fresh and healthy vibe.

The vegan tuna definitely looks like some sort of animal product, rather than watermelon so they’ve ticked the box on that one. It must be said it doesn’t quite look as picture-perfect as the promo posts I’ve seen for the dish, but c’mon is anyone really naïve enough to think the marketing team hasn’t done some Photoshop magic on their newest creation?

Meat Eater: The dish really does make you go “Wow” as soon as it’s put down – its kaleidoscopic colours scream freshness and there’s so much for your eyes to consume, from the green veg and the pink radishes, to the ‘tuna’ itself. I love healthy food, but I’m also a huge slave to the deep fryer, especially when I’m eating out. At this point, I would also note that it doesn’t look particularly filling but we’ll get to the end before we make that judgement. 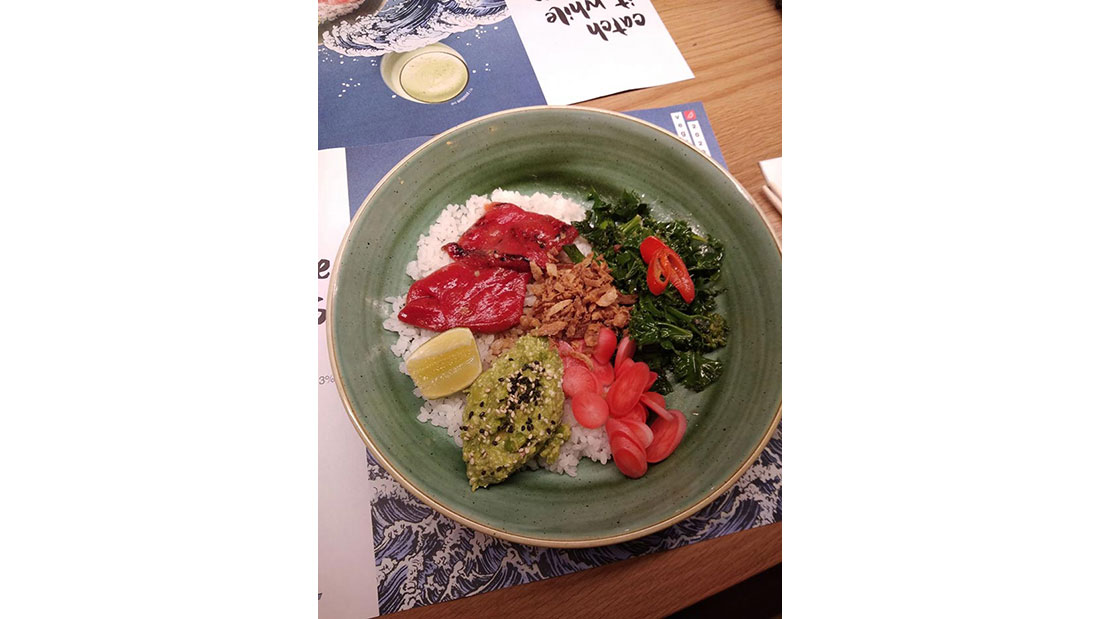 Vegan: Goddam, this dish hits the spot! It has interesting textures and delicate flavours, it’s a winner! I’ve genuinely never tasted anything like the vegan tuna before – it’s kinda slimy (in a good way!) and has a delicious umami flavour that goes beautifully with the veggies, avocado and sticky rice it’s served on. Most of it is served at room temperature so I think it’d be the perfect refreshing salad in summer but that won’t stop me devouring it in the coming months. That said, I really don’t remember what tuna sushi tastes like so I can’t compare it to the non-vegan version, but damn…it’s good!

Meat Eater: The tuna definitely pleasantly surprised me! Though it didn’t have that same fishy taste, it didn’t really matter in this case – the texture was spot on and it encapsulated the freshness of the dish. It’s also nice to have a meat-alternative option that is 100% natural rather than processed, fake meat. The one criticism I would have is that there’s not enough of it and the ‘slabs’ are quite small, but it’s so interesting that it still manages to be the centrepiece to the dish. And the rest of the dish is simply incredible, especially the crispy onions, marinated kale and broccoli and – my favourite food – avocado. Too yummy for words.

Would I have it again?

Vegan: Hell yes!!! I loved the innovative texture and taste of the vegan tuna and the rest of the dish complemented it so well. When I eat out, I look to order things I know I couldn’t make at home and this is definitely one of them! At £12.25 it isn’t the cheapest dish on the block, but given its uniqueness and deliciousness, I’d say it’s worth it for a guilt-free treat.

Meat Eater: Delicious, healthy and flavoursome, I would for sure eat this again, getting my deep-fried kicks in a starter instead of the main. I was also surprised by how full I was after despite my initial reservations. It’s a great dish for eating healthy while eating out and, I agree, it’s always more rewarding when you opt for a dish you can’t actually make at home. As a meat-eater, I’d typically go for the tempura prawns for starters but I’ve had the tempura veg in the past and can give it my seal of approval, making the case for a full vegan meal. Wagamama definitely leads the way for very, very good vegan options.

So there you have it: it might not be identical to real tuna, but it certainly hit the spot with our taste-testers. And given that Bluefin Tuna, the species used for sushi and sashimi is classed as Endangered by the WWF due to overfishing, we think this vegan alternative is quite the catch this Veganuary.

You can find more vegan fish recipes on Vegan Recipe Club  and sign up to Veganuary here!

The author
This post was written by Louisa Kendal
Louisa is the Digital Communications Officer at Viva! Louisa has been vegan for four years and is passionate about eradicating injustices and exploitation in our world. After graduating from the University of Bristol with a degree in Theology, she worked as a journalist in Malaysia before joining Viva!'s marketing team. She now leverages social media and the online world to forward the vegan movement and keep Viva! growing in influence.