Home » Animals » 5 Ways Mothers Are Mistreated in the Dairy Industry

5 Ways Mothers Are Mistreated in the Dairy Industry 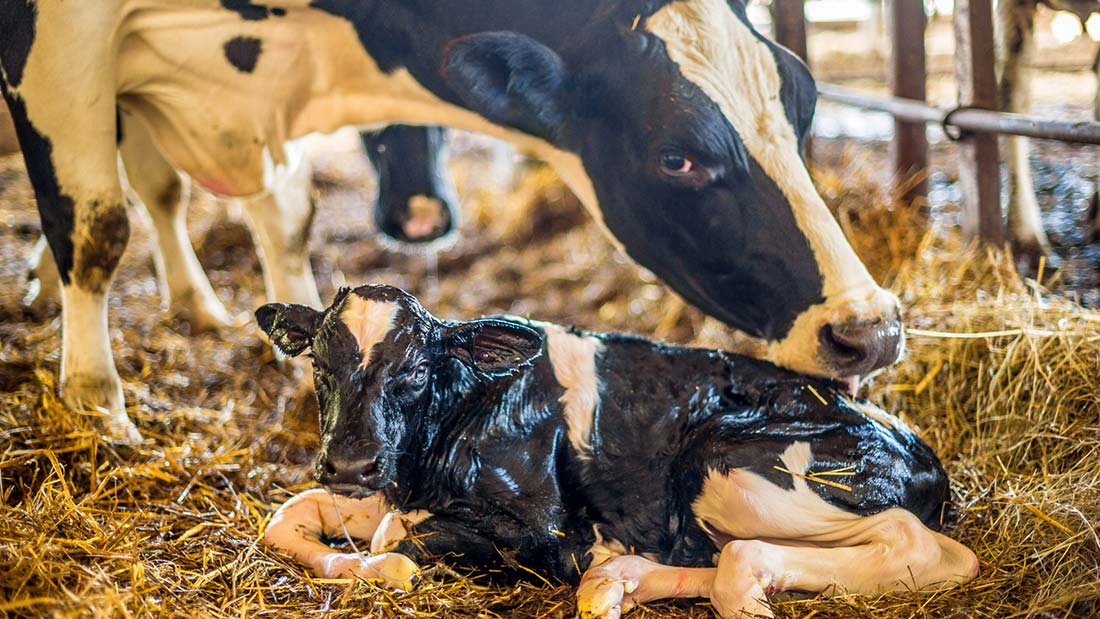 Mother’s day is almost upon us and across the UK, people will celebrate by buying chocolates and flowers and taking their beloved mothers out for a special Sunday lunch.

Sadly, dairy cow mothers never get a chance to see their babies grow up and are confined within a perpetual cycle of suffering.

Here are just a few of the things that a dairy cow mother can look forward to in her lifetime:

1. She has her baby taken away at just a few days old

Imagine going through a nine-month pregnancy only to have your baby torn away from you at just a day or two old. This is what dairy cows have to go through, often up to five or six times, before they are so exhausted that they are sent to slaughter and sold for cheap meat – living just a quarter of their natural lifespan.

Dairy cows are mothers too, and will often cry for their babies for days when they are taken away. Their babies will either be shot dead as a waste product, sold on as beef or veal if they’re male, or, if they’re female, to reared to eventually replace their mothers in the milking herd.

2. She is forced into a cycle of pregnancy and lactating

A dairy cow mother is both pregnant and lactating from the previous pregnancy seven months of the year. Thanks to selective breeding the amount of milk that a dairy cow produces is six to 10 times more than what they would naturally provide for their calf. The amount of milk mothers have to produce often causes them to get milk fever, which is when the calcium in their blood is too low, causing poor labour, stillborn calves and sometimes death.

3. She has her legs shackled

Birthing difficulties are common in dairy cows due to the prolonged pressure put on their bodies over a number of years. This can lead to permanent nerve damage which affects a mother’s ability to control her back legs. To prevent her from doing the splits, and causing herself further damage, farmers shackle her hind legs together so she has to hobble around like a prisoner.

4. She is forcibly inseminated

To make a dairy cow pregnant she is forcibly inseminated using a catheter device which is passed through the cervix to deposit bull semen in the uterus. This is an uncomfortable and distressing experience for the mother, who can be injured in the process.

5. Mastitis leaves her with painful udders

Mastitis, also found in breastfeeding human mothers, affects an estimated one-third of UK dairy cows. Contamination from milking equipment, or dirty stalls, can contribute to this painful bacterial infection which leaves the teats sore and inflamed. The pus produced to fight the infection can even get into the milk sold in the supermarket.

Find out more about the dark side of dairy.

To raise awareness about the horrendous lives that dairy cow mothers are forced to endure, order our leaflets, share this article and our social media graphics.

You can still get involved and raise awareness about the plight of Britain’s hardest working mother in the following ways:

About the author
Tayana Simons
Tayana is a freelance writer specialising in veganism, the environment and mental health. She is a trained journalist and previously worked for Viva! as a Campaigner. She now lives in Cornwall where she is a keen sea swimmer, jogger and coastal hiker.