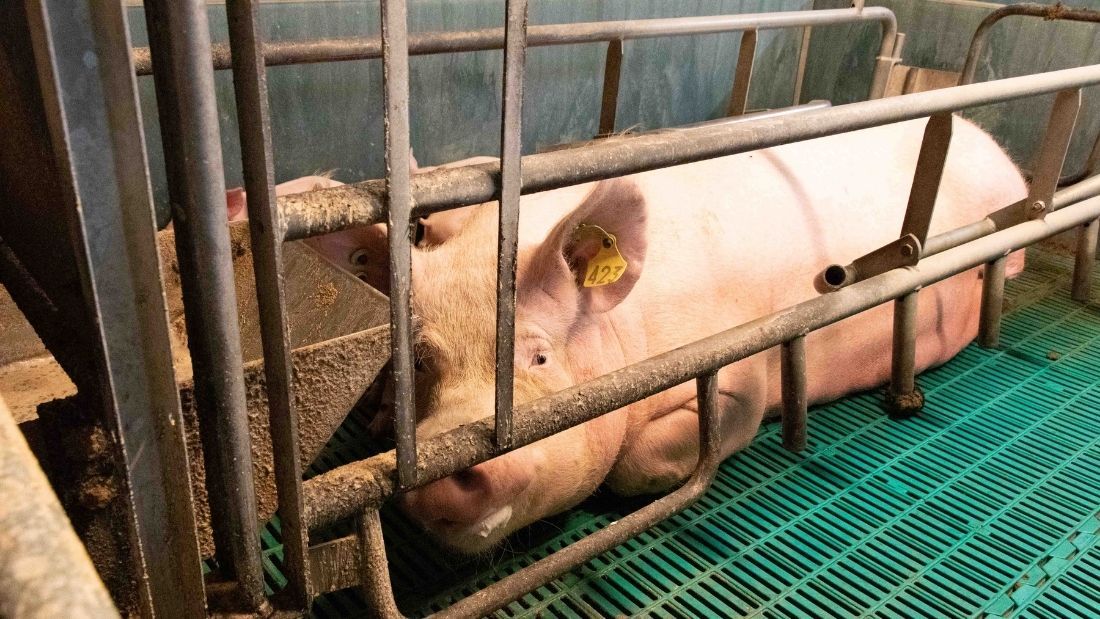 Farmed animals have been included in The Action Plan for Animal Welfare, with the government pledging to halt live transport for fattening and slaughter, improving animal welfare at slaughter and incentivising farmers to improve animal health and welfare during rearing.

There will also be a ban on importing hunting ‘trophies’, shark fins and ivory as part of the measures.

Juliet Gellatley, Viva!’s Founder and Director commented: “Momentum is building. Well done to everyone who has worked tirelessly to achieve the changes announced in the action plan. However, it saddens me to say that the reforms will do little to stop factory farming.”

“The line that the government will be ‘examining the use of cages for poultry and farrowing crates for pigs’ is disappointing, to say the least. How many more years do they need to be ‘examined’? How many millions of animals will suffer whilst this happens?”

Animal campaigners have been driving changes in animal welfare, and while things seem to be improving, our job is far from over. 80 million animals are still living on cruel factory farms in the UK; that accounts for 85% of all farmed animals in Britain.

Much more needs to be done to end this suffering. Factory farms are putting us at risk of future pandemics and driving the climate crisis, as well as subjecting animals to a lifetime of suffering.

George Eustice, the environment secretary, said: “We are a nation of animal lovers and were the first country in the world to pass animal welfare laws. Our action plan for animal welfare will deliver on our manifesto commitment to ban the export of live animal exports for slaughter and fattening, prohibit keeping primates as pets, and bring in new laws to tackle puppy smuggling. As an independent nation, we are now able to go further than ever to build on our excellent track record.”

Juliet adds: “I’m really pleased by the measures that are being brought in for other species, but am aware it does nothing to reduce the numbers of animals farmed and killed, or to end intensive farming.”

“To make real change, we must continue to show consumers that veganism is the answer. The growth of veganism can significantly protect animals and our planet.”

This plan is a step in the right direction, however we still have a long way to go until farmed animals are free from cruelty and abuse. The simplest action you can take to save animals is to go vegan.”

Help us hold the government to account by signing our End Factory Farming Open Letter. We’re calling for a total ban on factory farming in the UK to end animal suffering and to protect us from the risk of future pandemics and the climate emergency.

If the government really wants to improve animal welfare, we must End Factory Farming Before It Ends Us. Sign the letter here.