Although many see it as the ultimate in free-range farming, the seemingly idyllic scene of a ewe and her lambs out grazing the British countryside hides the stark reality of life for these gentle souls. They spend their entire lives under human control – mere products of an industry that relies on manipulation, misery and mutilation. As a result, their lives are painfully short, filled with neglect, disease and ultimately fear on their long journeys to market and eventually slaughter.

In 2018 investigators for Viva! Campaigns filmed undercover at an abattoir in Cornwall, where six young sheep were shot in the head, hung by the legs and killed for meat. But it doesn’t have to be this way! With so many delicious plant-based alternatives now available it’s never been easier to choose a kind, healthy diet that benefits not just the animals and your health, but also our planet.

Lucky is lucky to be alive. He survived birth in the bitter cold of early January when a million babies like him died of hypothermia. He was lucky he didn’t end up alone, afraid and bewildered, in the orphan’s market – sold for a few quid. But Lucky’s luck won’t last. Soon, he will be killed for a Sunday roast that no-one really needs.

When we first visited Exeter livestock market we spotted a pitiful sign: “Orphan lamb sale 11am” – 25 on that particular day. In one pen, looking startled and confused, tiny baby lambs just a few days old stood and waited in an alien environment – for what they didn’t know. In a corner, one lamb shivered uncontrollably in the bitter morning cold.

By being tricked and manipulated, many ewes are now forced to give birth to triplets – even though they have only two teats. As a consequence, thousands of lambs are rejected at birth by a mother who cannot cope.

But there’s worse  –  each year, a million or so lambs suffer and die from hypothermia – 20 per cent of all new borns – and many of the remainder shiver and struggle through bleak mid-Winter when nature intended they should be born in Spring.

At the end of the shed they saw a truly pitiful sight – two sheep in appalling condition. Both had exposed wounds on their heads, probably from botched de-horning, one had a large patch of wool missing and the skin beneath was puckered and covered in sores.

The smell of rotting flesh from these two live animals was almost overpowering. Despite their condition, they were sold to the highest bidder today. Where were the vets? You might well ask.

Our investigators returned a second time to Exeter market a few days later to see nearly a thousand sheep and lambs packed into small pens.

Most had no bedding and stood on bare concrete in the biting cold. For some lambs, it was the last place they would see before the slaughterhouse, as the market gears to meet the Easter rush.

Elsewhere, sheep were moulting despite it still being Winter – a possible sign of stress. As prey animals, sheep are particularly susceptible to stress and, sadly, their lives are filled with it – control by dogs, shearing, the clamour and noise of trucks and transport, markets and the final terror of the abattoir. 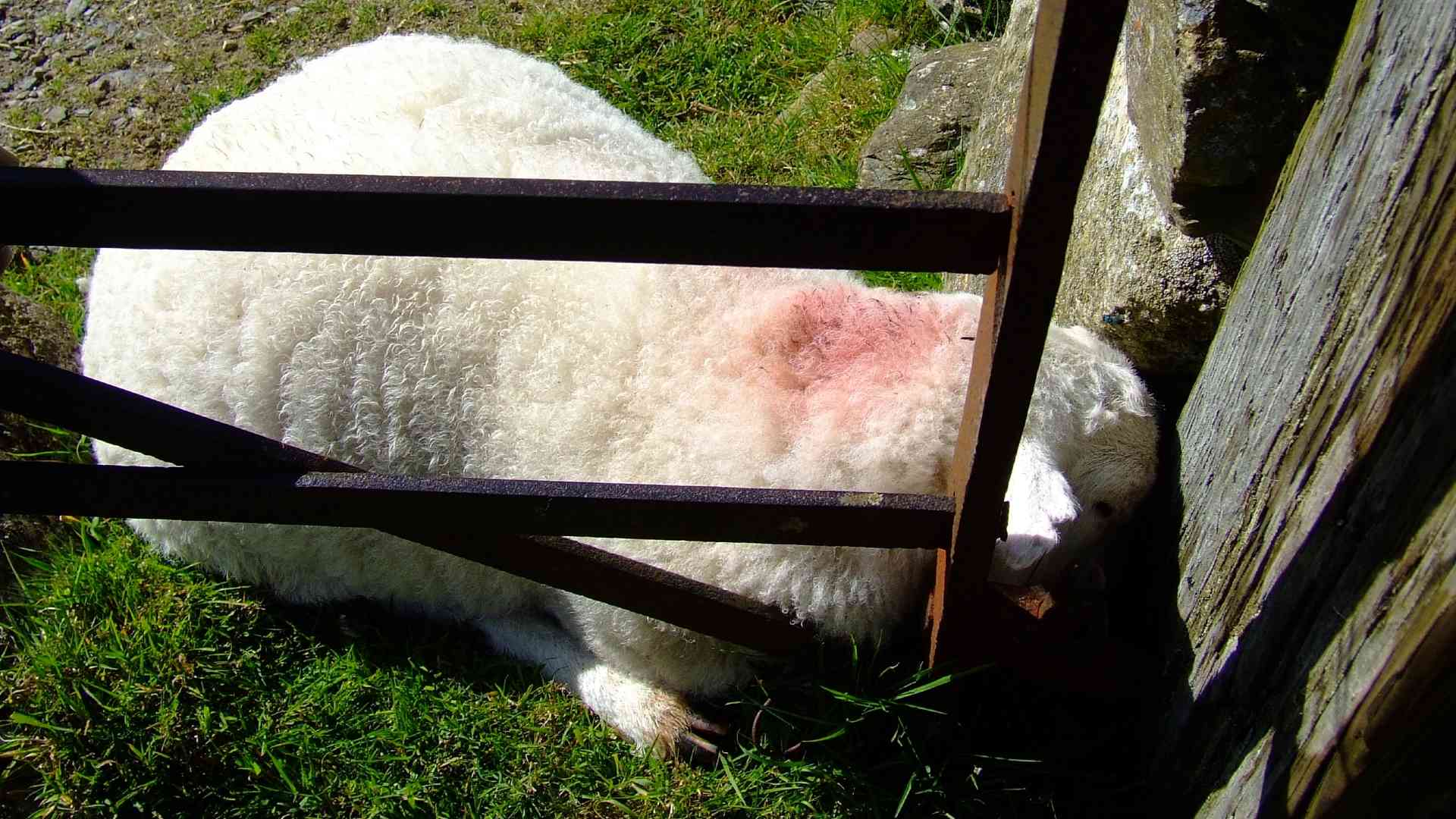 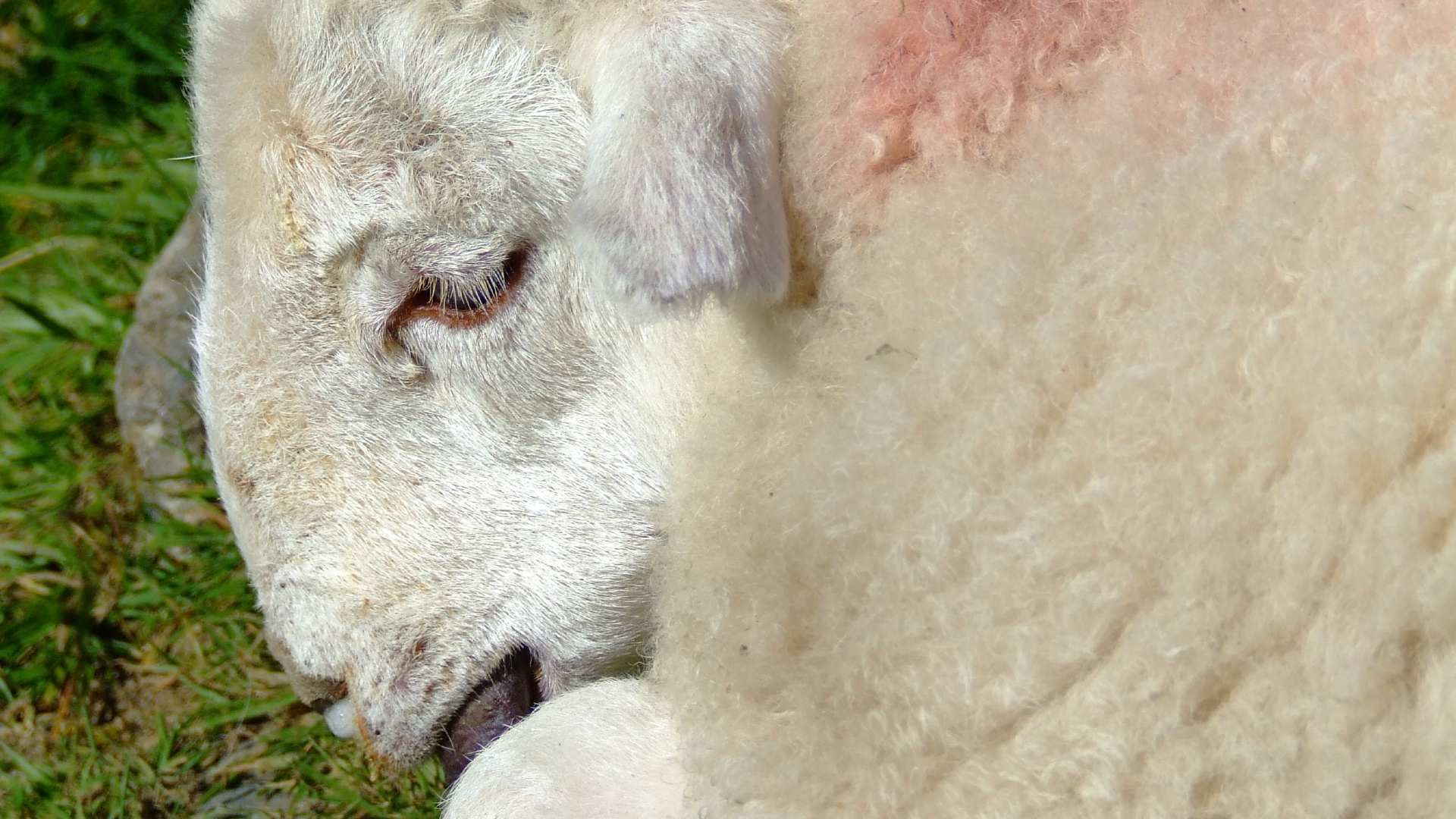 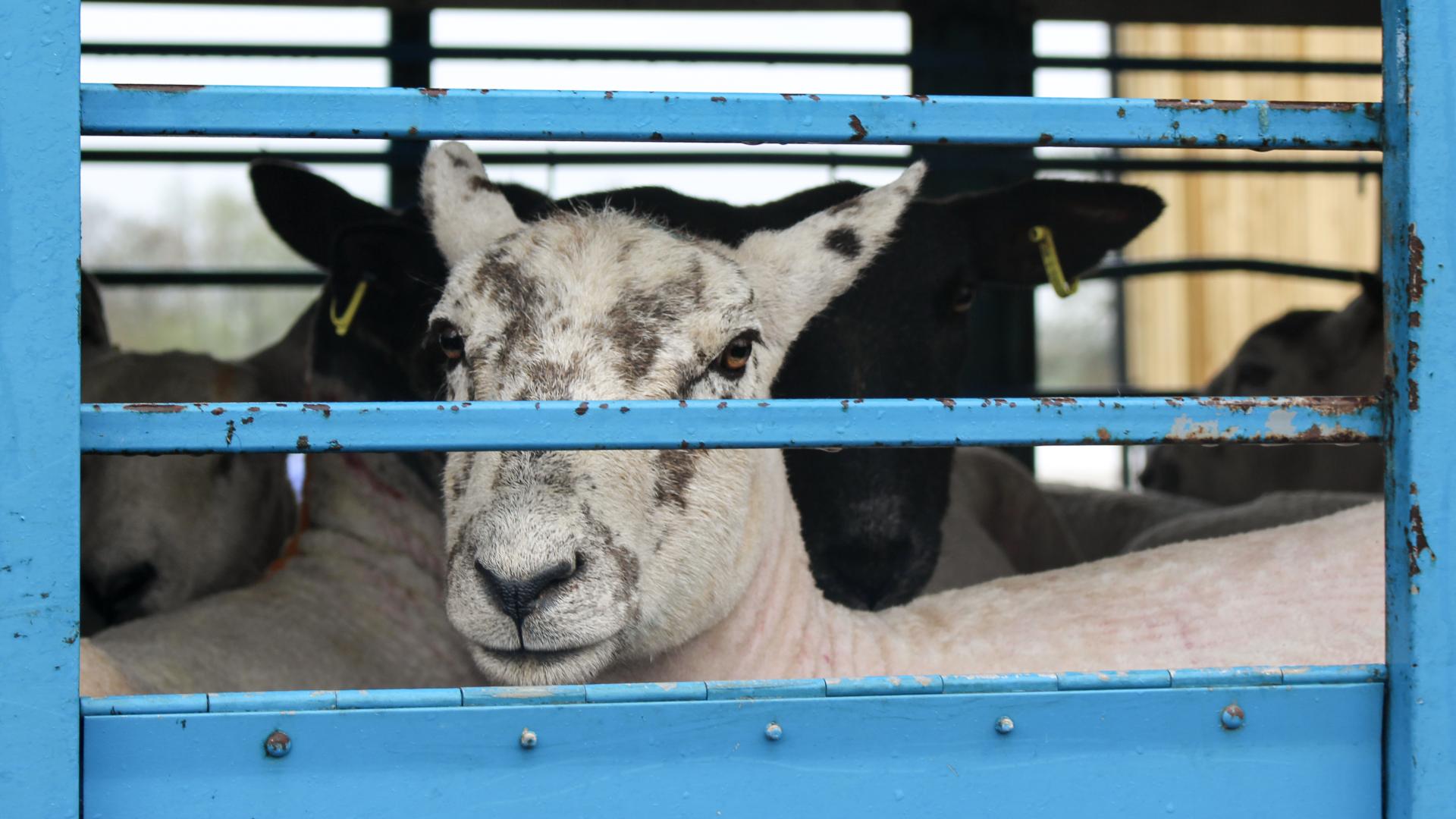 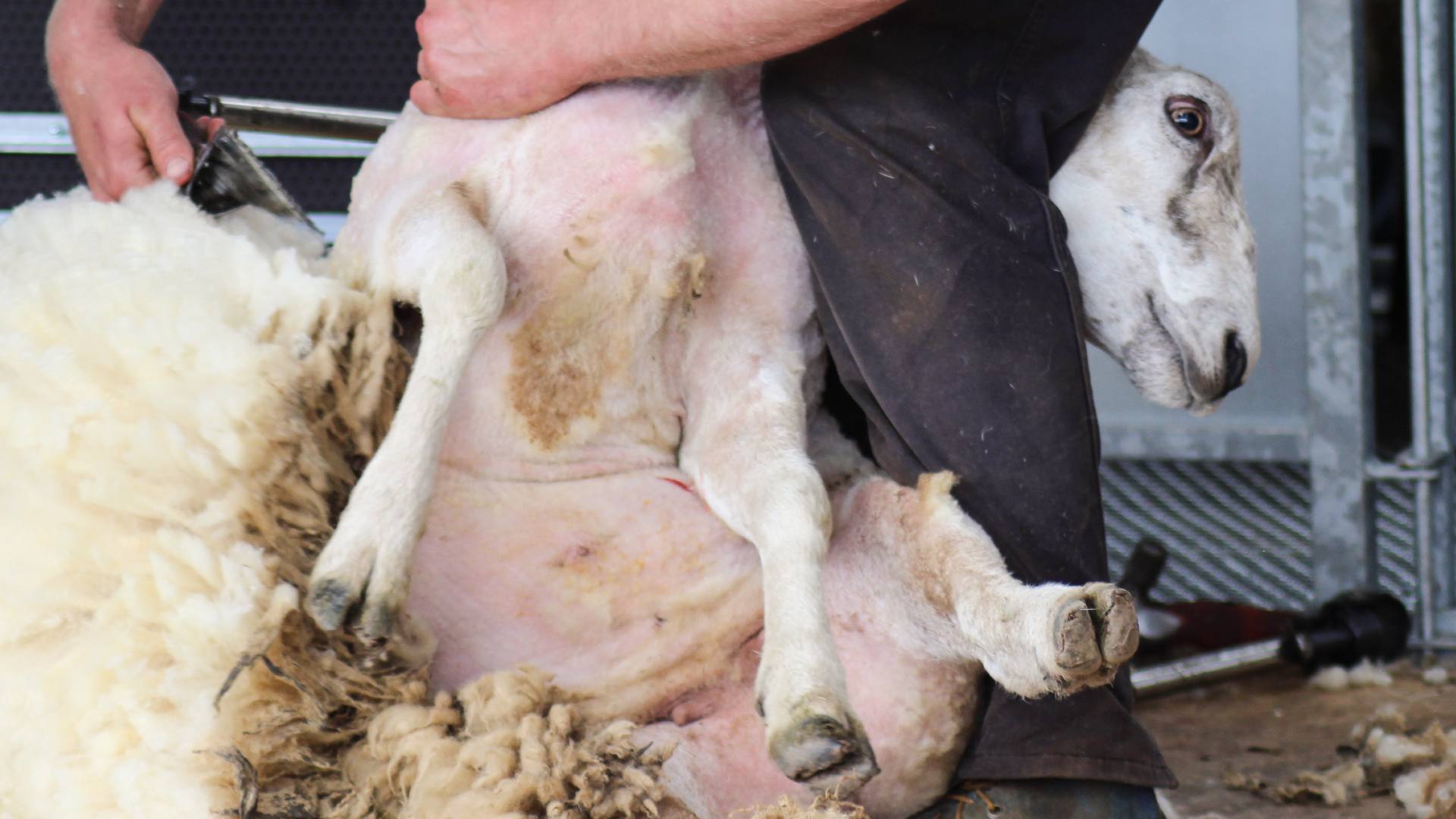 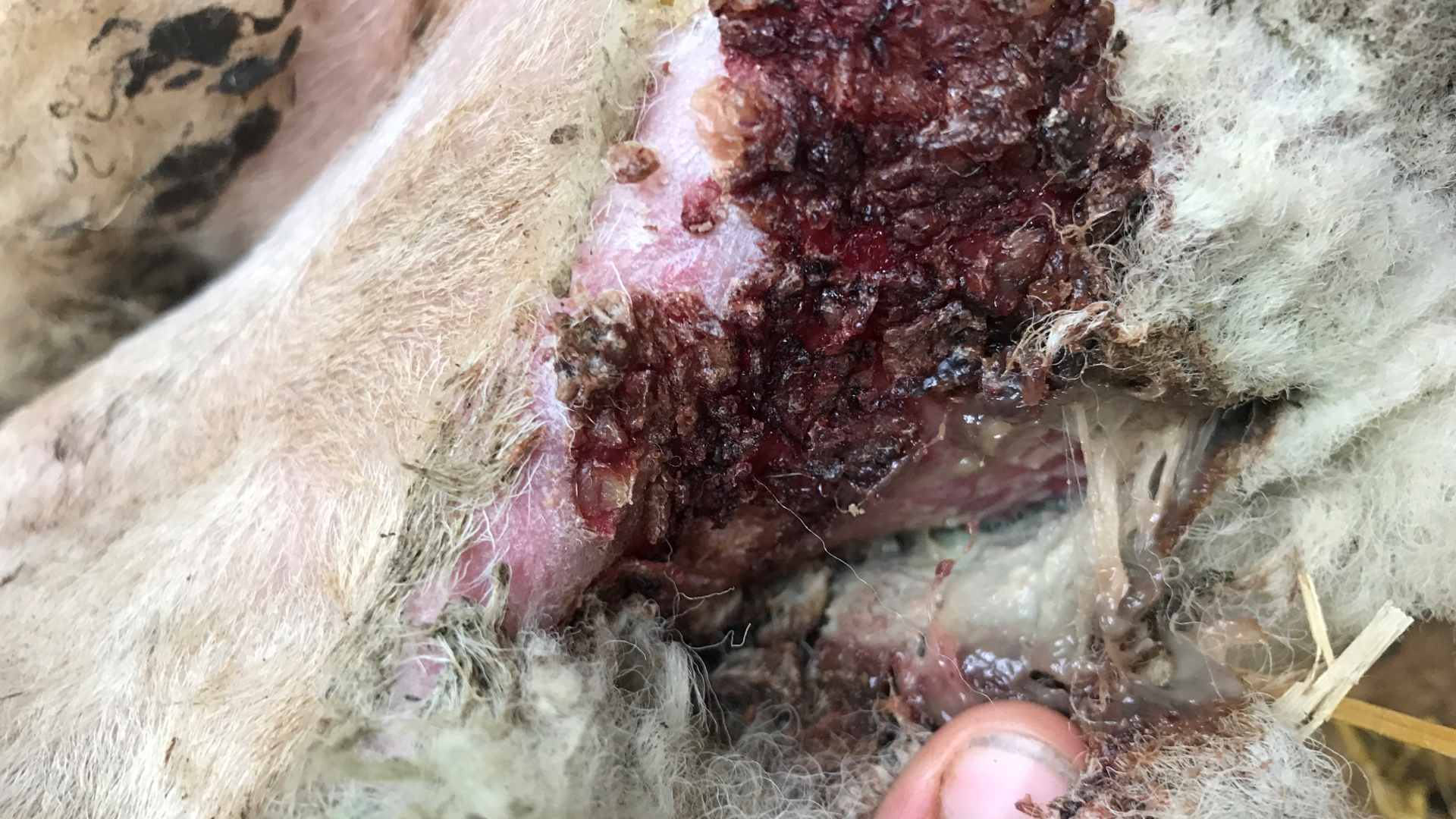 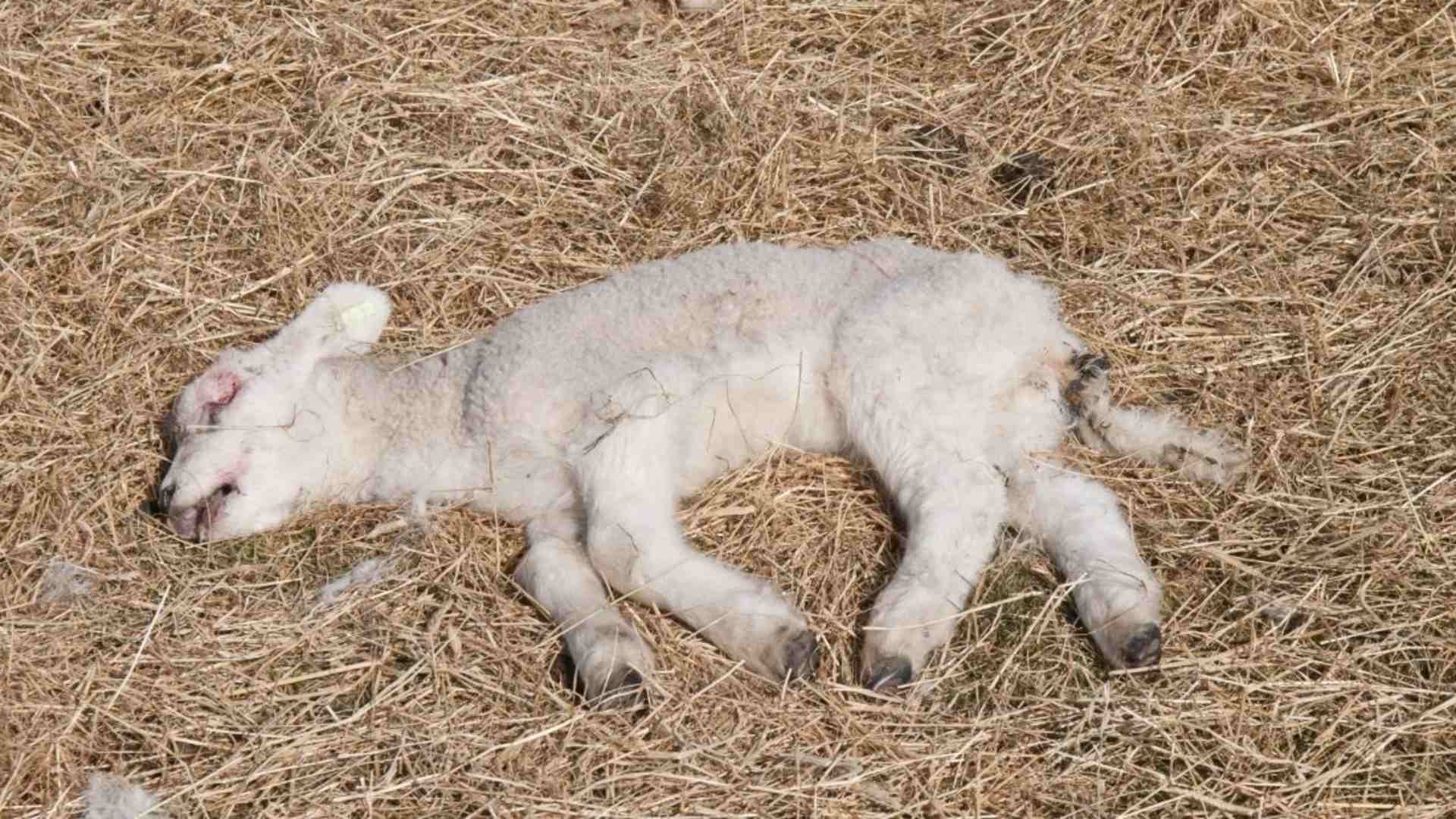 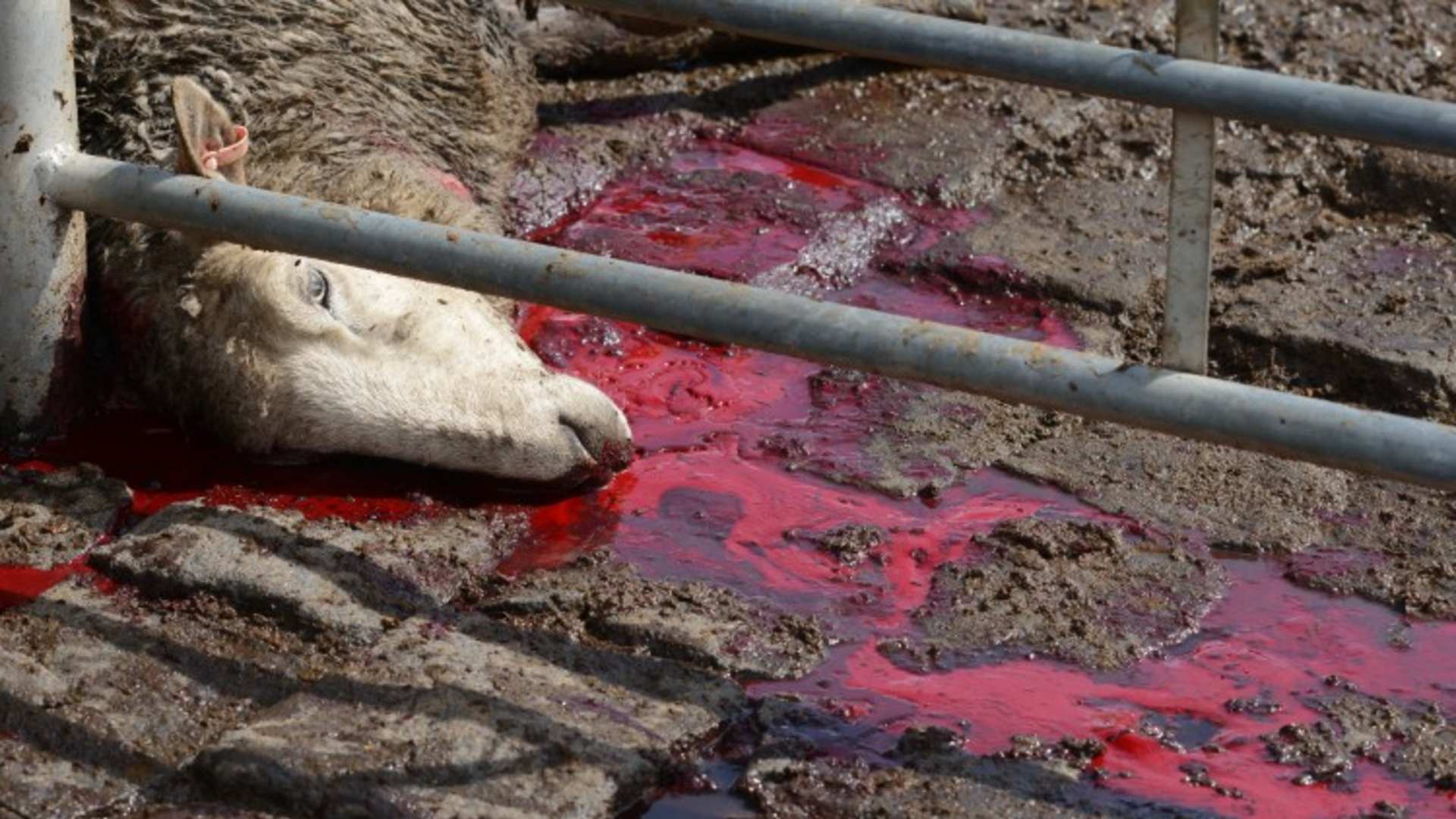 Recently we exposed the horrific mutilations that are routine for British piglets. Lambs have their own, different, mutilations to bear. Most have parts of their tails amputated with a knife, hot-docking iron or, most commonly, a rubber ring which slowly causes the end part of the tail to die. Many are also castrated.

Most often no anaesthetics are used in the bizarre belief that lambs don’t feel pain to the same extent as adults. Of course these assaults hurt, of course they’re stressful, so much so that they can bring about such profound changes in lambs that some will be rejected by their mothers.

One of the major problems for adult sheep is lameness, with some three million in pain at any one time. The photo above taken of sheep taken form a field and abandoned in a shed to die.

Foot rot is endemic in low-land herds and is spread by constant sheep movements around the UK and poor biosecurity. Infection can be so profound that a sheep’s hooves may become detached from sensitive connective tissues. 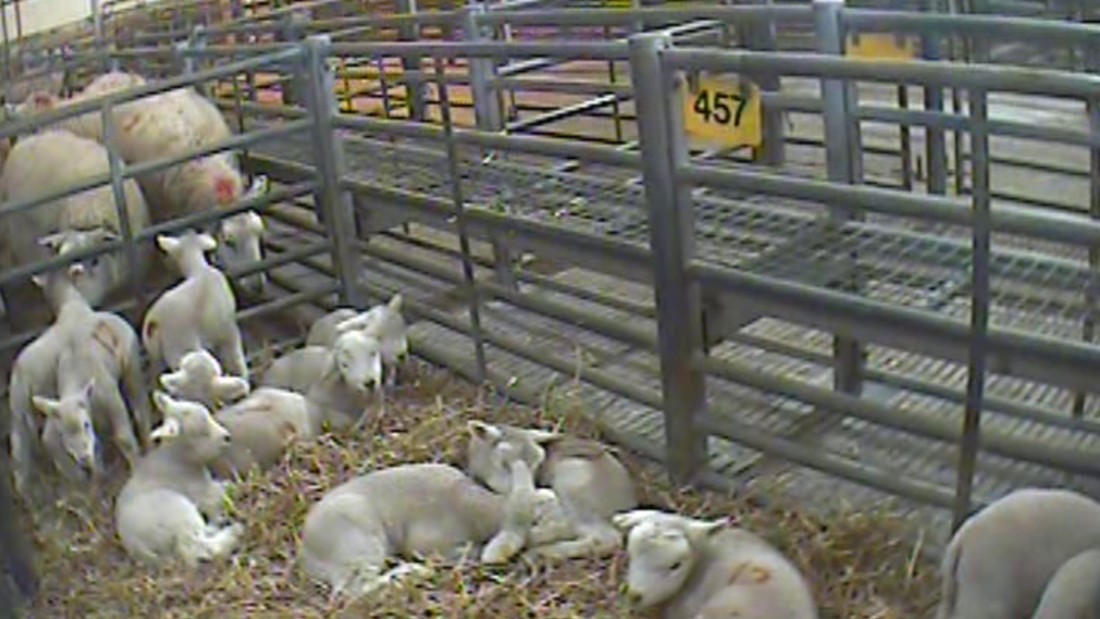 Our Lambing Lies factsheet tells you all you need to know about the sheep and lamb trade and is an excellent resource for educating others about the cruelty involved in this idealised industry.

Did you know that sheep have excellent memories and can remember at least 50 individual sheep and people’s faces for years?

Find out more about sheep and lambs including fun facts, their natural lives and how they are farmed » 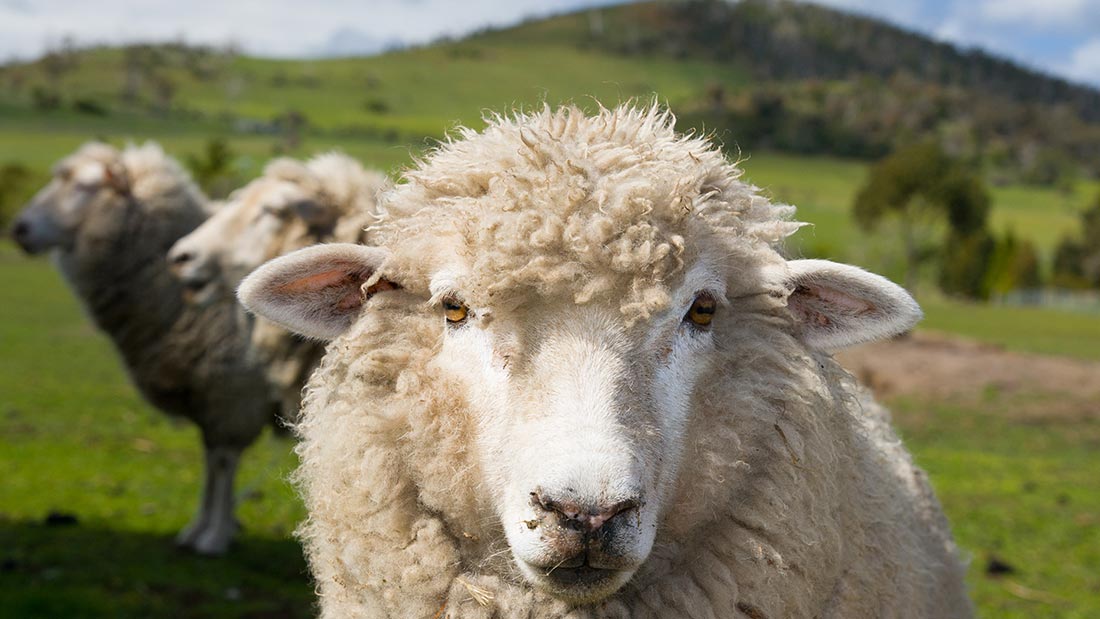