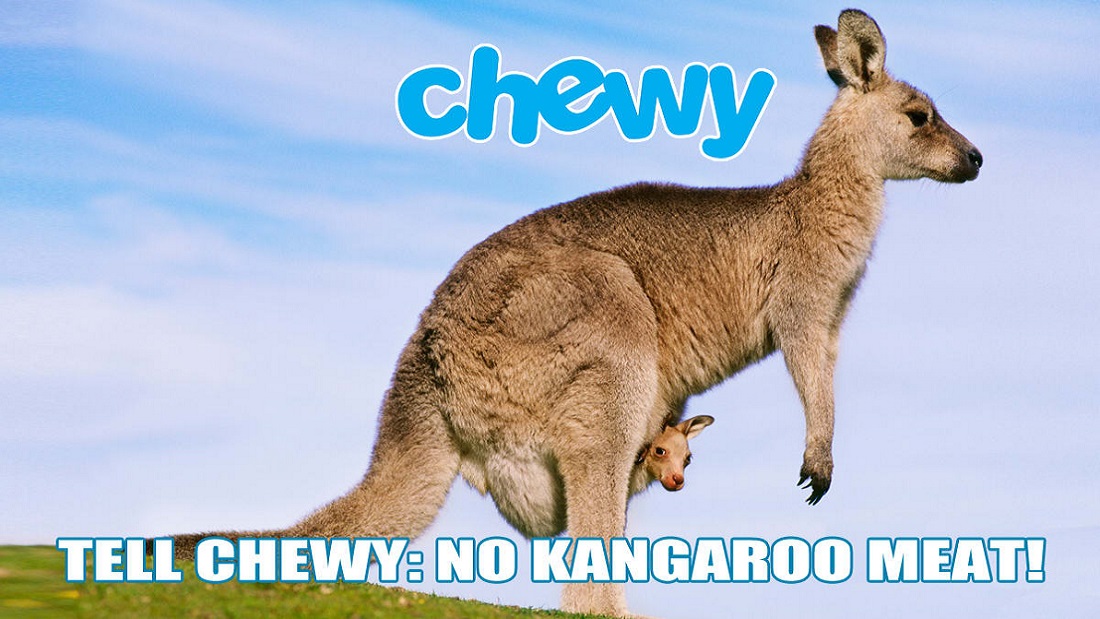 Dog treats made from kangaroo meat have previously been withdrawn from sale due to salmonella contamination. In continuing to sell kangaroo meat Chewy is putting not only companion animals at risk of illness but also jeopardising anyone handling contaminated products.

Chewy has a responsibility of care for our companion animals and should therefore provide products consumers can be assured are safe. To share your concerns with Chewy directly please sign the petition.

Viva! has been campaigning against the sale of kangaroo meat since the early 90s, and has achieved numerous successes in the removal of kangaroo products from British supermarkets. Last year we wrote to the two remaining supermarket chains still promoting kangaroo meat (Iceland and Lidl), with our continued concerns and urged them to ditch these items from them shelves. Success followed as both chains conceded to renewed public pressure and agreed to discontinue their range from June 2018 – making all UK supermarkets kangaroo free!

It was disappointing for us to then have to turn our attention to the companion animal supply trade to also urge retailers to discontinue all products containing kangaroo meat. We contacted Pets At Home, the UK’s largest companion animal supplies retailer, asking them to act responsibly and remove sales of kangaroo meat dog ‘treats’. They replied in support of our concerns and dropped the range soon after.

Kangaroos are not framed animals. That is a common misconception. They are instead wild animals, shot at night, from the back of trucks as they flee across Australia’s vast outback. Mesmerised by powerful search lights, they’re supposedly shot in the head but many are in fact miss-shot and die a slow, agonising death. 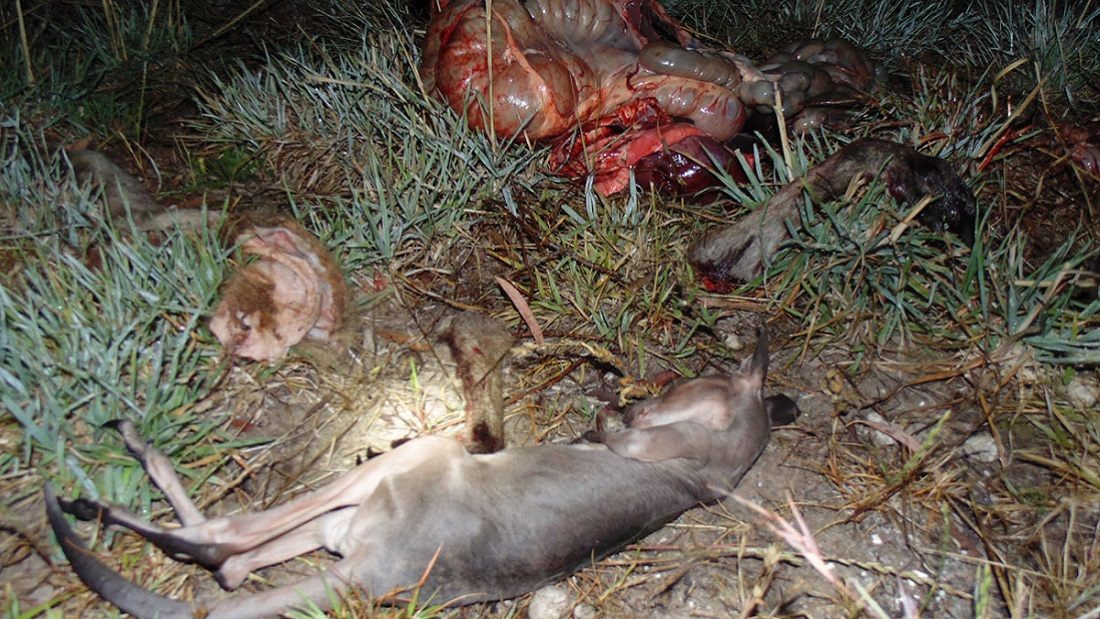 Due to public outcry regarding the hundreds of thousands of baby ‘joeys’ left to die from starvation or clubbed to death with iron pipes the industry began making ludicrous claims suggesting that the meat is only sourced from male kangaroos. However our sources in Australia maintain that this would be impossible to verify, given the animals are targeted in the dark.

The brutality of the kangaroo hunt raises significant welfare issues but there are also substantial health considerations to be taken into account when you choose to sell these products to the general public.

Experts from both the UK and Australia have warned consumers that the meat ‘could be riddled with pathogens’ and independent testing five years ago found dangerously high levels of salmonella and E.coli. In 2014, dog ‘treats’ made from kangaroo meat were even withdrawn from sale due to salmonella contamination, putting not just our companion animals at risk of sickness but also anyone handling the contaminated products, especially those who do not thoroughly wash their hands after touching the products or any surfaces that touch them.

In 2018 6.9 million kangaroos were earmarked for slaughter. According to the Australian Government’s own figures, since 2001 (compared to 2017) there has been an overall drop of more than 11 million kangaroos in the areas where they are hunted. Populations are also impacted by other factors that are difficult to predict, such as drought (which is only expected to worsen because of climate change) and disease.

Public interest in this issue is only set to rise with the 2018 release of Kangaroo: A Love-Hate Story – a documentary film which blew the lid off Australia’s complicated love-hate relationship with its supposedly beloved icon. It revealed shocking scenes behind the largest mass destruction of wildlife in the world.