Top Farm is operated by JC Lister. The Listers have boasted about selling their pork to major supermarket chains Tesco, the Co-operative and Aldi through Malton-based pork producers Karro Food Group. They also deal with West Midlands-based Tulip Ltd, another supplier of pork to major retailers, and Woodheads, the livestock division of Morrisons supermarkets. Richard Lister is the chairman of the National Pig Association.

The footage shows weaning piglets kept on bare metal slats with just a chain and blue foam tube for environmental enrichment (legal minimum); sows kept in farrowing crates (these are legal, but are so restrictive these mothers can’t even turn around for five weeks at a time); one sow with open ulcer/wounds above her teats; a seemingly dying piglet left in with other piglets within a farrowing pen; older pigs left in a gangway and what looks like a bloody smear on a wall. We have reported our concerns to the authorities. 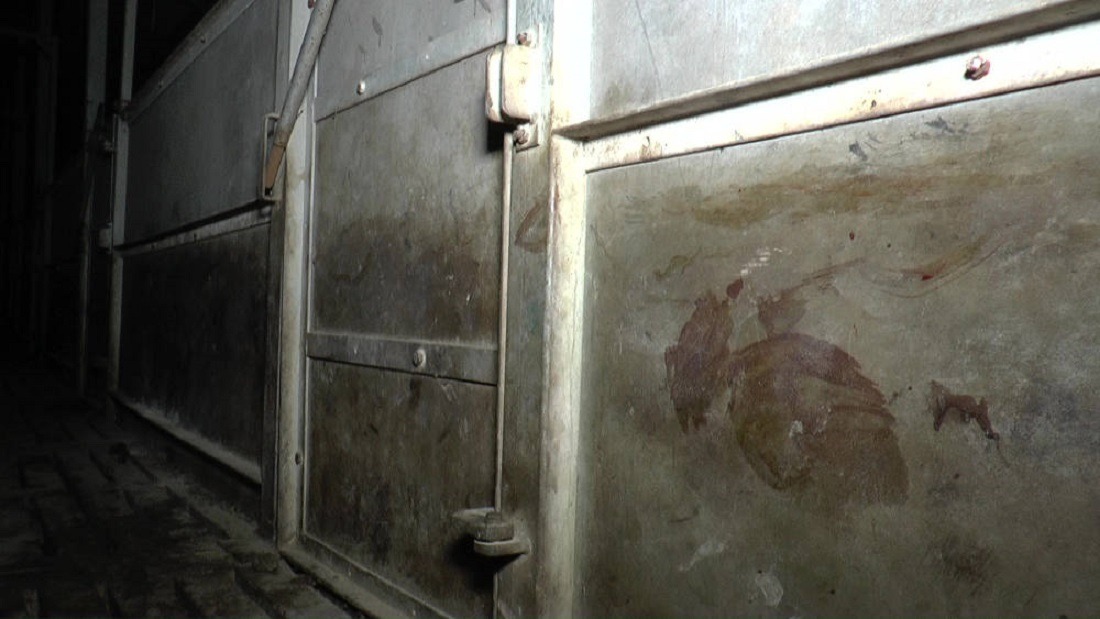 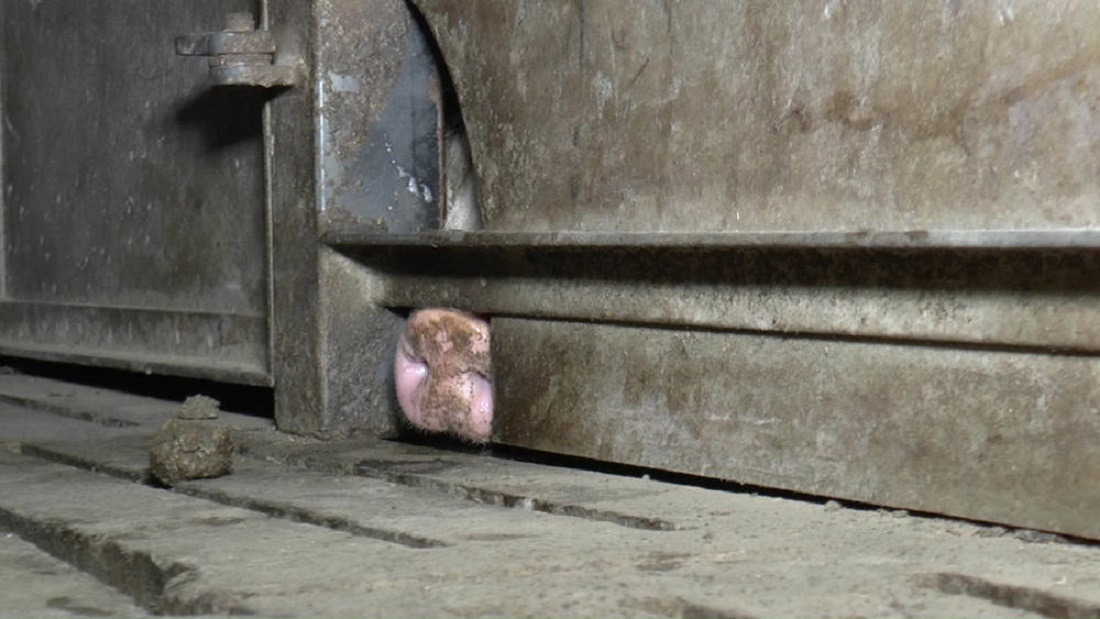 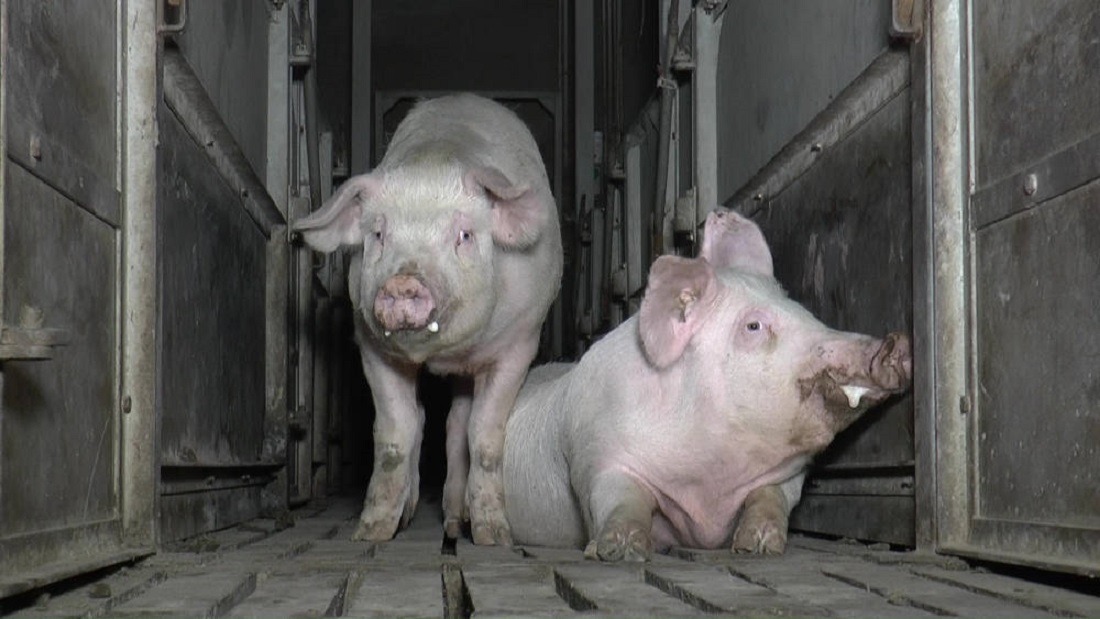 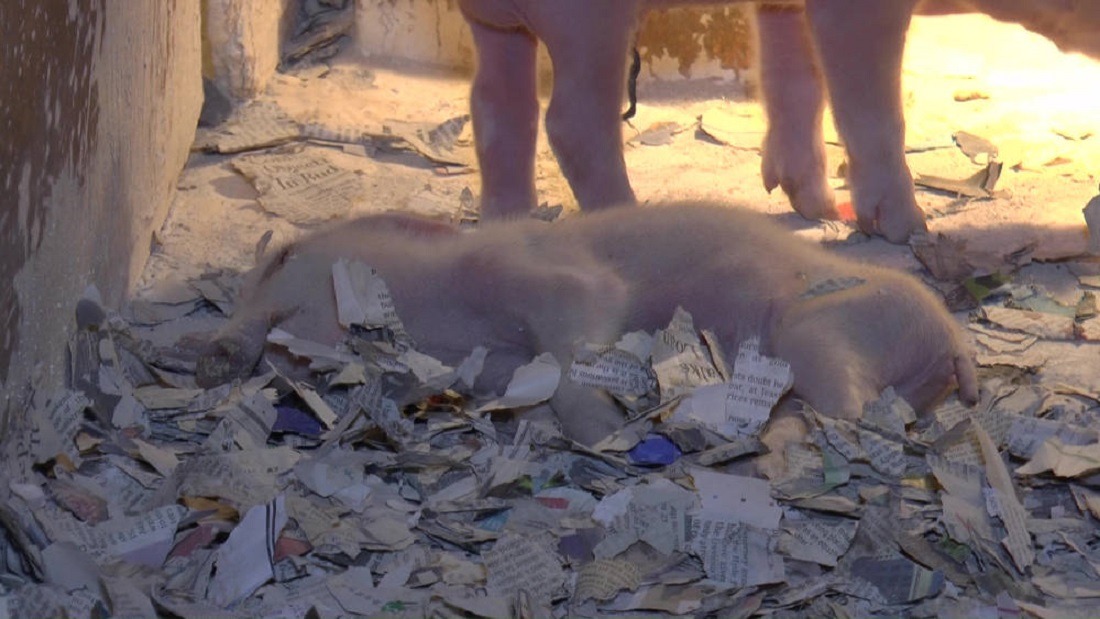 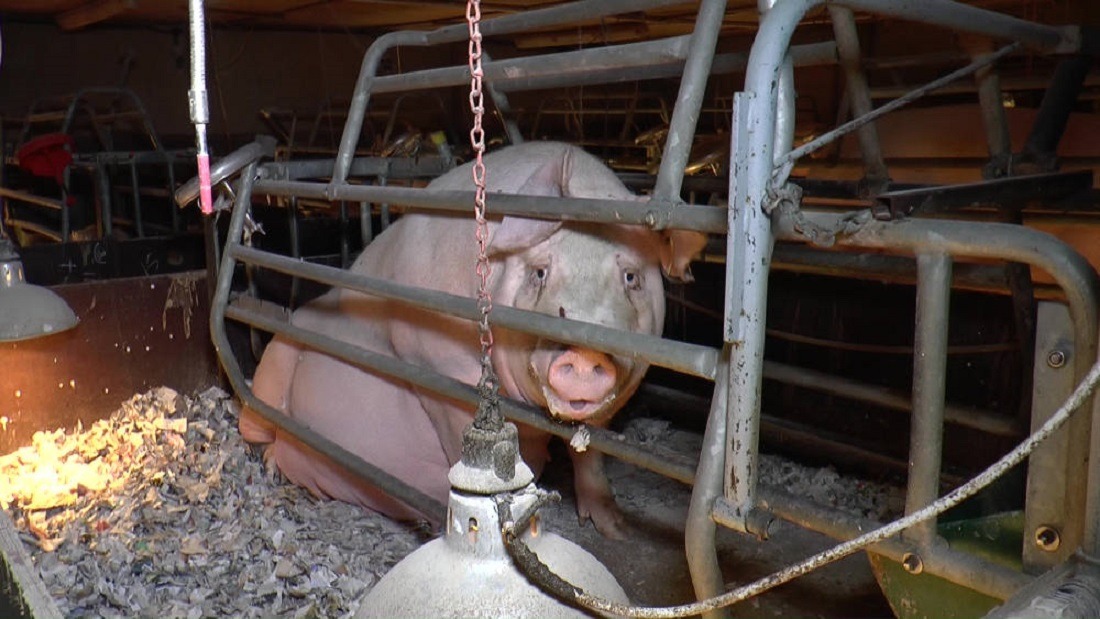 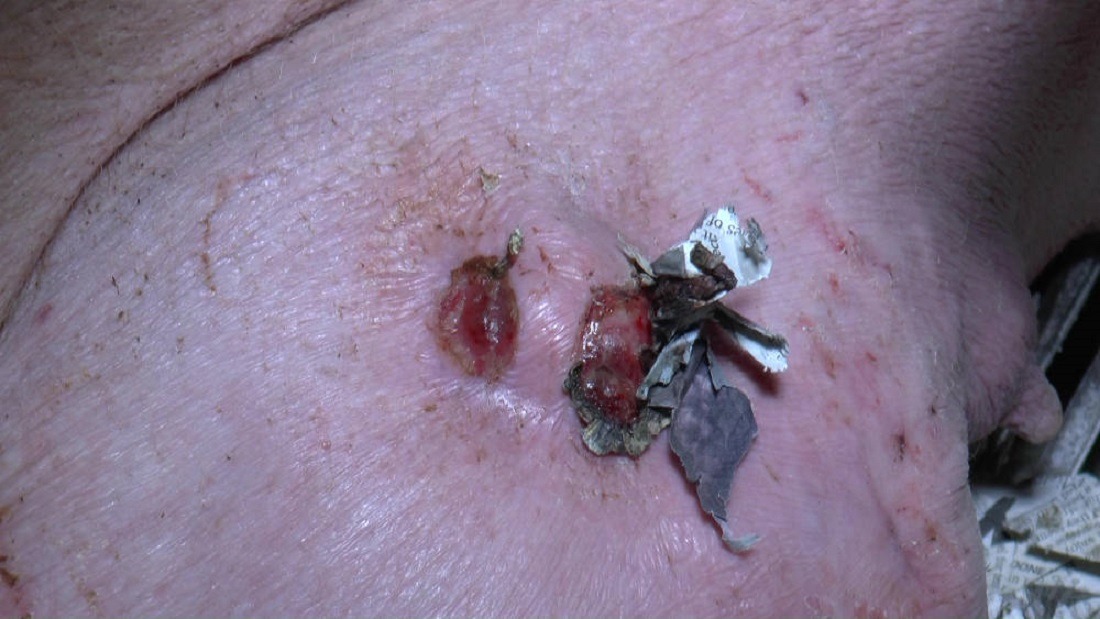 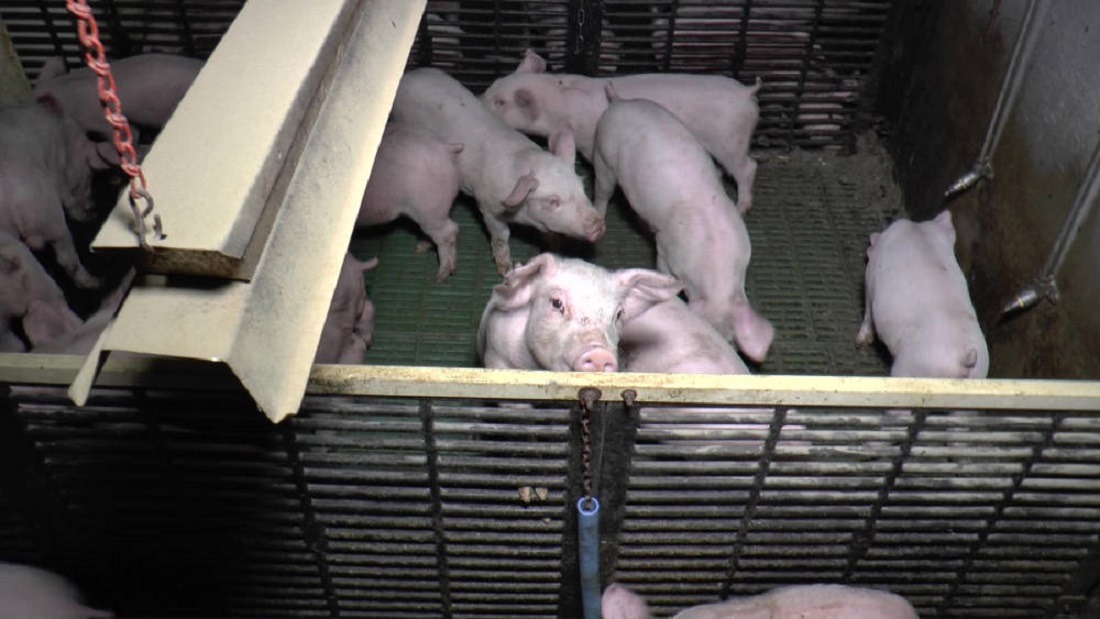 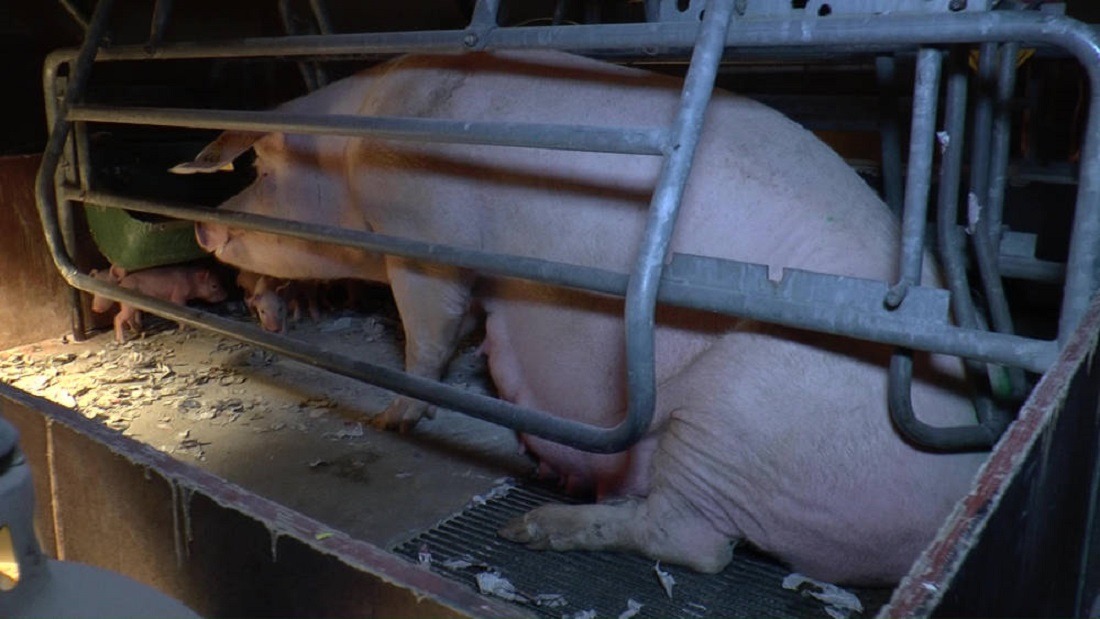