The Scandal of Britain’s Mutilated Piglets 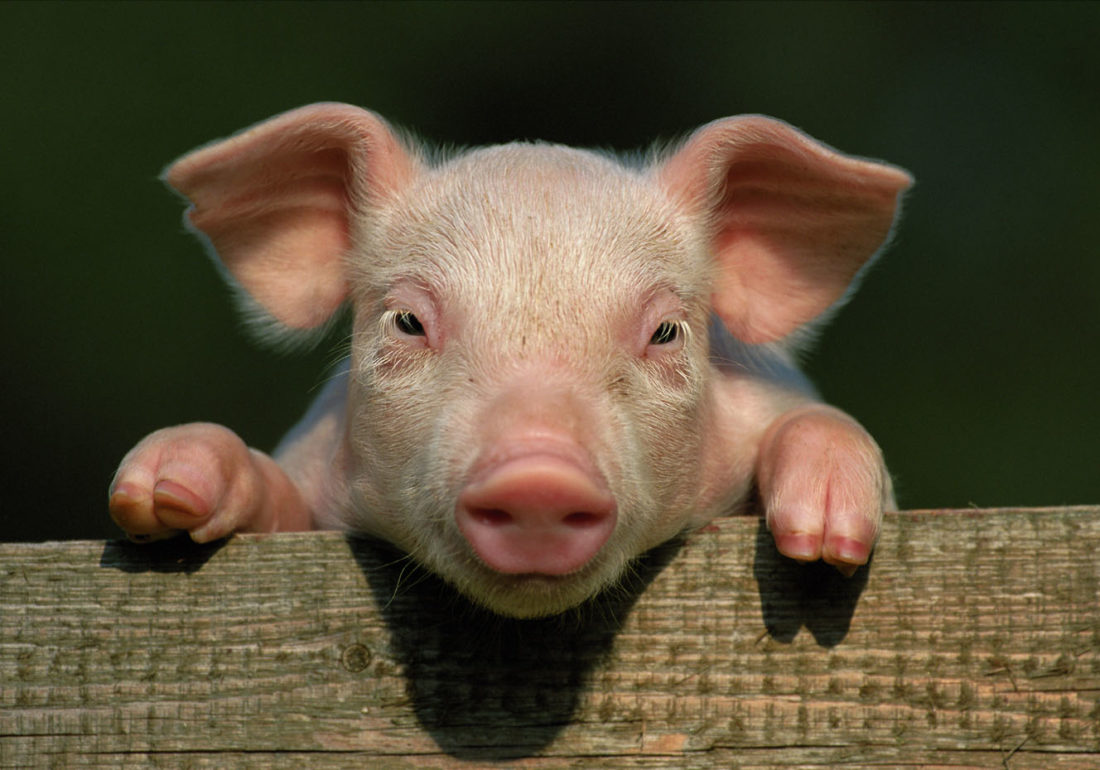 Did you know that at least 80 per cent of piglets are mutilated every year in Britain? How do we know? The pig industry admits it!

Viva! recently filmed young piglets pulled out of their pens, having their back teeth cut off with pliers and their tails cut off with scissors. This despite routine mutilations supposedly being banned in the UK and Europe.

Experts say that it causes needless pain and suffering – yet it usually happens without anaesthetic! Ask yourself: would we allow human babies to be treated this way?

The industry says that these mutilations are necessary to stop pigs attacking each other by tail biting and damaging their mother’s teats. However, it is cramped factory farmed conditions that create these problems in the first place. Rules on so-called ‘environmental enrichment’ are a joke; with a farmer only needing to provide a football or chain hanging from the ceiling to remain within the law.

Highly intelligent animals, pigs are driven to despair and sometimes madness in these barren conditions – and the sow cannot escape from her piglets because she is trapped in a cage. It’s a ‘catch 22’ and the animals are the ones that suffer.

Tell the Government that piglet mutilations must stop!

Use our suggested message below or write one of your own.

Or email the Government here: defra.helpline@defra.gsi.gov.uk

I was shocked to hear that at least 80 per cent of British piglets are mutilated each year – and most without any pain control. FAWC, the Government’s own advisory body on animal welfare, said that most of the 9 million piglets born in the UK experience some form of mutilation, such as painful teeth clipping and tail docking.

With teeth clipping or grinding there is a danger of teeth chipping and damage to the gums, with chronic pain and risk of infection. In some countries it is estimated that a quarter of all piglets suffer from tooth splintering.

It is a sad indictment of modern intensive farming methods that these mutilations are so prevalent. It is also a damning indictment of Government failure to protect animal welfare that the situation is as it is.

Existing animal welfare regulations are supposed to protect piglets. The Animal Welfare Act 2006 implements the EU Council Directive which states that: “Neither tail-docking nor reduction of corner teeth must be carried routinely but only when there is evidence that injuries … have occurred. Before carrying out these procedures, other measures shall be taken … inadequate environmental conditions or management systems must be changed”.

Yet most piglets are mutilated in Britain. Animal group Viva! have routinely filmed barren conditions on British farms where pigs have nothing to do. Sometimes environmental enrichment is as cursory as an old football or a chain hanging from the ceiling. This is a profound welfare insult to these highly intelligent animals, and it is little wonder that, driven by boredom, frustration and sometimes even madness, that they turn on each other.

Viva! have filmed on farms where, despite these mutilations, older pigs still tail bite. The systems are quite clearly broken and the law – or lack of enforcement of the law – is causing great suffering. At the very least, the Government must introduce legislation that ensures that environmental enrichment means just that (satisfying a pig’s rooting instincts). Footballs and hanging chains are no substitution for this.

Please tell me what the Government is planning to do to help end the mutilation of Britain’s piglets.

Please remember: piglets are mutilated to prop up the factory farming system, which in turn is driven by the desire for cheap meat. However, whilst welfare can be improved, all pigs – no matter the production method – will live short lives and suffer the horrors of the slaughterhouse.