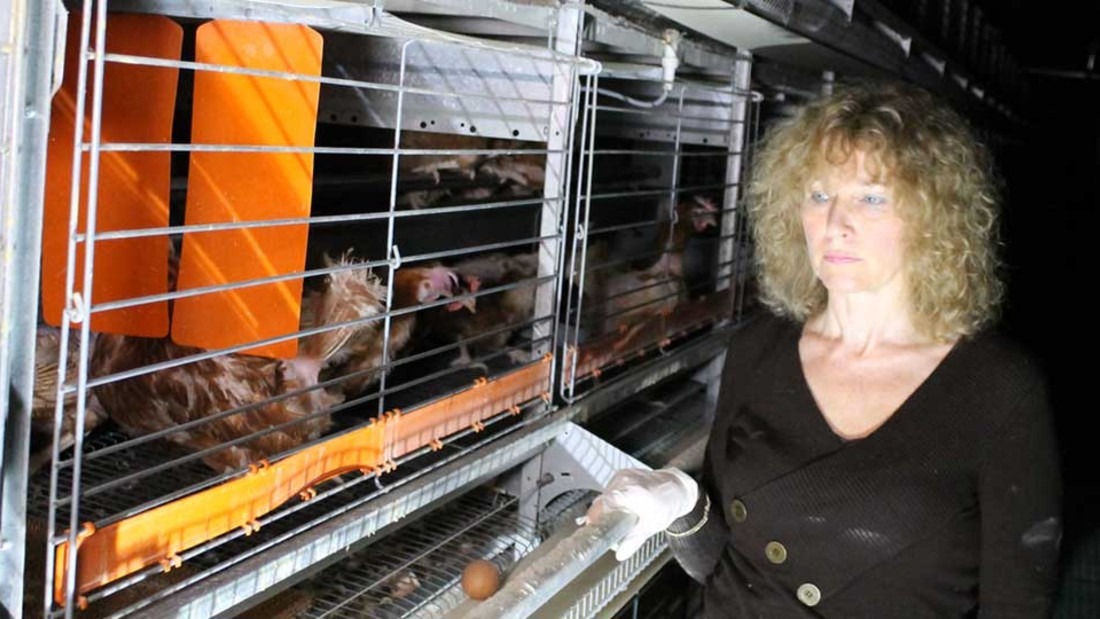 My face off challenge

A personal story of how it feels to go undercover, by Viva!’s founder & director, Juliet Gellatley

My stomach churned as the moon-lit silhouette of ominous-looking industrial sheds loomed ahead in the black of night. I clambered over hedgerows and stumbled in fields towards hell.

Thoughts of the rescued battery birds I’ve known and loved flickered though my mind: Lucy who was curious and affectionate; Molly who was determined to lay her eggs in my wardrobe (and did); and Ruby who loved Pushkin – our knowing and tolerant cat. 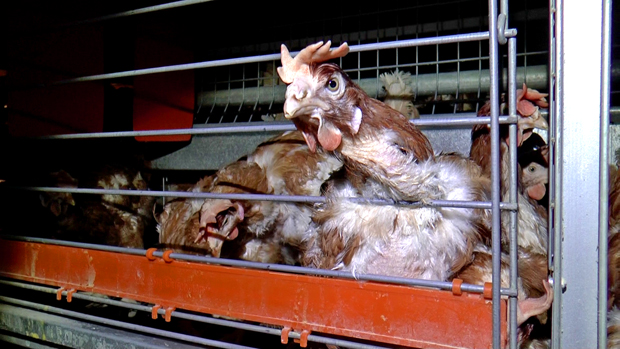 And yet, although the battery cage has been relegated to the History Book of Shame, I knew that the ironically named ‘Sunny Farm’, Bedfordshire, owned by Bird Bros, kept a staggering 450,000 birds in cages their whole lives.  The company supplies over 3 million eggs a week nationally to independent shops, high street multiples, caterers and wholesalers. Up to a fifth are sold in supermarkets.

I entered a vast building into a wall of computerised controls and with trepidation stepped up metal stairs into a nightmare. There were numerous long, thin gangways that threaded through three tiers of cages. Each cage was filled with about 40 hens – many ill, some dying or dead. I remember thinking this must be one of the biggest marketing cons ever. Yes, the battery cage has gone but over half of British eggs come from hens kept in… bigger cages with more chickens! It is misery replaced with misery, pain with pain, death with more death. 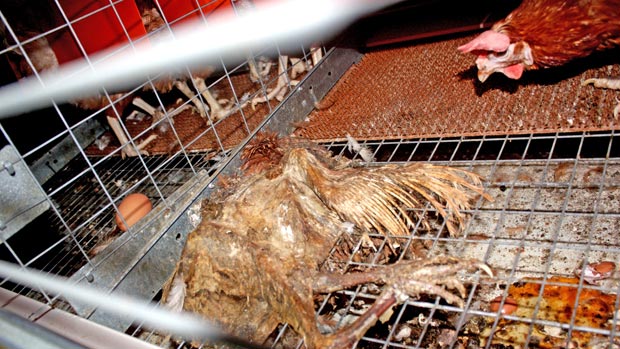 I saw birds huddled together on ‘perches’ and walking across gridded metal floors. Some were lying hunched in corners, their lack of feathers exposing the red raw skin underneath. One had lost every feather on her pathetic, fragile body. Many had disfigured beaks and pale combs drooping over their faces. The pain and misery felt by these individuals was, to me, as clear as day, and I wondered how nobody else at Bird Bros could see it. Or, if they did, how could they live with themselves?

As we continued filming throughout the farm, stopping often to get a close-up of the cages, I saw live birds walking over dead, birds who were so sick that they had literally given up on life, and individuals who really, really needed help. One poor hen was unable to stand, and so she just lay there, waiting for the end. It was clear that nobody had come to the aid of those in desperate need, and nobody was going to come for her. What a terribly sad state of affairs – a lifetime of misery all so that people can eat eggs. 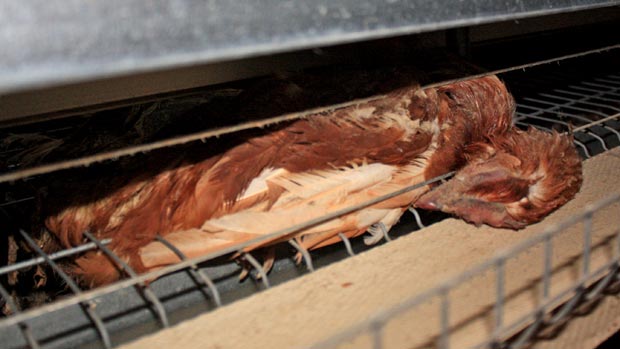 Another individual had what appeared to be a broken wing, and she lay there motionless… barely alive, but still breathing. One was slouched against the bars with a tumour-looking growth protruding from her head, above her eye. I can’t begin to comprehend the suffering felt by these souls, and I knew that they were defenceless from the pecks of other birds. In this hell-hole, stress and frustration makes birds peck at each other, sometimes until death. The industry’s answer is to mutilate the beaks of day-old chicks. What the birds really need is so obvious. Freedom.

There is only one way to end the incarceration of birds and their misery in hell-holes like this. And that is to stop eating eggs. Please, choose vegan. Choose kindness. 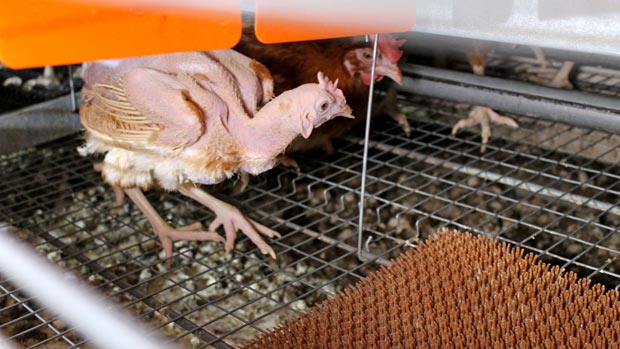 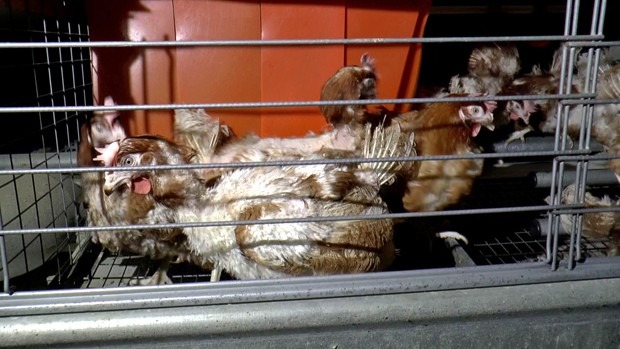 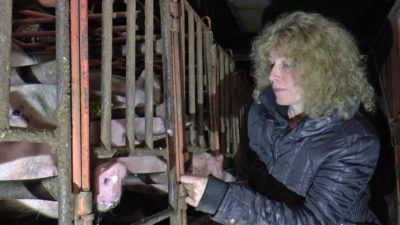 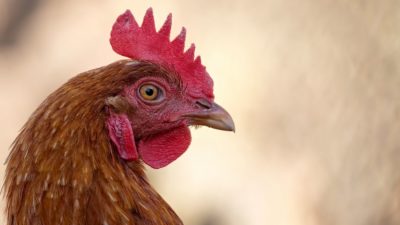