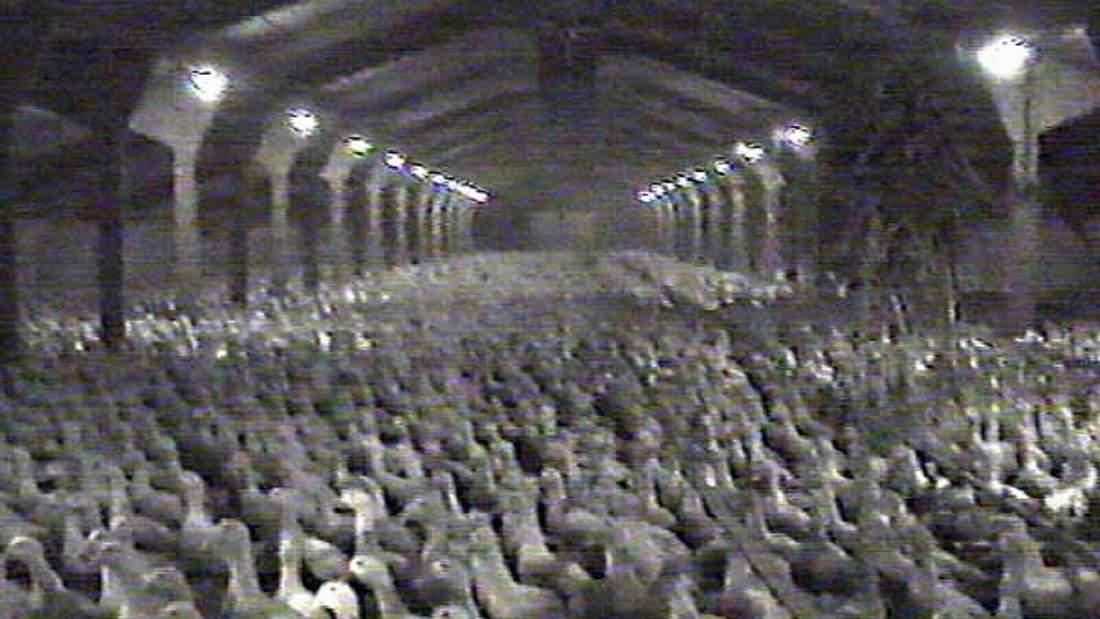 In 2004, Viva! and its supporters persuaded Marks & Spencer to drop factory-farmed whole duck, after countrywide protests outside its stores and a blitz of media attention. This followed Viva!’s undercover investigation, which found atrocious conditions at their suppliers (detailed below). M&S assured us that they intended to roll out this decision to all of their duck meat products, and had a commitment to “promoting free-range poultry”. However, a 2006 undercover investigation revealed that not only had the chain cynically gone back on its word but it was still taking ducks from the same supplier we exposed two years before, Manor Farm Ducklings. This footage showed the usual litany of misery: thousands of ducks crammed into a shed, filthy and dejected; soaking litter; ducks blinded from lack of water with which to preen; and ducks with open, bleeding sores.

Viva!’s Justin Kerswell was interviewed on Sky News, where he openly criticised M&S and called on consumers to take the lead, and to boycott duck meat entirely. M&S’s response was to drop MFD Foods as a supplier, whilst they undertook an investigation. In 2009, they now sell free range duck from Cherry Valley for what they term ‘fresh duck’, but refuse to elaborate on where the rest of their duck meat comes from. 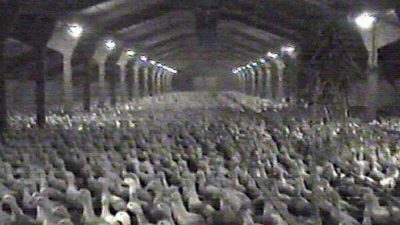 Back in 2004, in another shocking Viva! undercover investigation, the reality of life for Britain’s millions of factory farmed ducks was once again exposed to public view. Covert filming at sites belonging to some of Britain’s biggest producers of duck meat  revealed the reality behind the fluffy Easter duckling image. Featured in a major article in the Daily Mail, Viva!’s investigation exposed Marks & Spencer as a customer of one of these companies and April 3rd 2004 saw Viva! supporters protesting outside nearly 200 M&S stores to expose the truth to their customers.

Modern farming techniques have turned the fluffy Easter duckling image into a sick joke. 19 million ducks were slaughtered in the UK in 2005 (in the mid 1970’s the UK duck population was barely a million). We know what these birds lives are really like because we have investigated several duck units. Twice we visited Manor Farm Ducklings, who then supplied Marks & Spencer. On our first visit, we saw thousands of fluffy, yellow ducklings in stinking, windowless sheds. Some could barely walk and dragged themselves across on their wings. Others had fallen on their backs and were unable to right themselves and this is how they would die – a horrible, stressful death. Many had already lost the battle to live and their little corpses were scattered amongst the straw. One duckling had fallen behind machinery and was hopelessly trapped – calling desperately for a mother who would never come.

Of course, none of these ducklings ever see their mothers. In the wild it’s a different story and mother birds are fiercely protective of their young – teaching them how to swim, preen their feathers, select food and keep warm. But the ducklings we filmed are unable to learn anything that is natural – there’s no sun, no wind, no rain to run off their backs and near-constant artificial light. 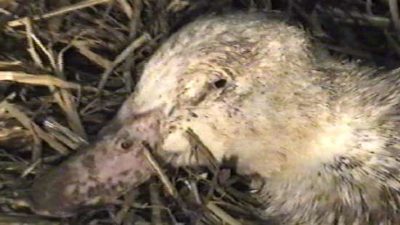 Birds that have evolved to eat, swim, dive, clean and play in water never even see it, except in their drinkers. One reason why it is so severely restricted is because ducks naturally like to splash water over their bodies. In factory farms, it causes choking ammonia to be released from the faeces-covered floor.

Yet it is vital to ducks’ health to immerse themselves in water but many cannot even dip their heads in it. The outcome is entirely predictable – dirty, bedraggled feathers that can make it difficult to keep warm, eye problems and even blindness.

On our second visit to Manor Farm six weeks later, the ducklings were already at slaughter weight – white feathered, beautiful but utterly dejected birds. The sight of thousands of them waddling around the shed in excreta, with no way of escape and nothing to do, was awful. Again, we found more corpses, including, some that appeared to have been there for a very long time, and more injured and dejected birds, some in obvious pain and emotional distress. 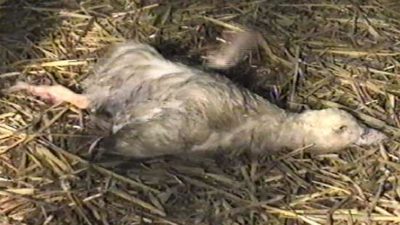 On another Manor Farm site, we found water even more pitifully restricted. Nipple drinkers, which were designed for chickens, meant that these poor birds had to battle for every drop of water – an incredible way to treat aquatic birds. No wonder corpses were piled high amongst the straw and slurry.

All Marks & Spencer duck meat, at the time, came from intensive units and threw into doubt their claim to operate ‘strict selection criteria’. Their righteous statement: “Our customers have the right to expect that any animals involved in the production of Marks & Spencer food items are treated with respect” also rang more than a little hollow.

Sadly, they are not the only culprits as other supermarkets also sell intensively-reared duck meat. What glared out at the time was the gulf between the reality and M&S’ marketing hype.

The conditions we uncovered showed the reality of farming today: farmers know it, suppliers know it and the big supermarkets know it. They just don’t want their customers to know it.