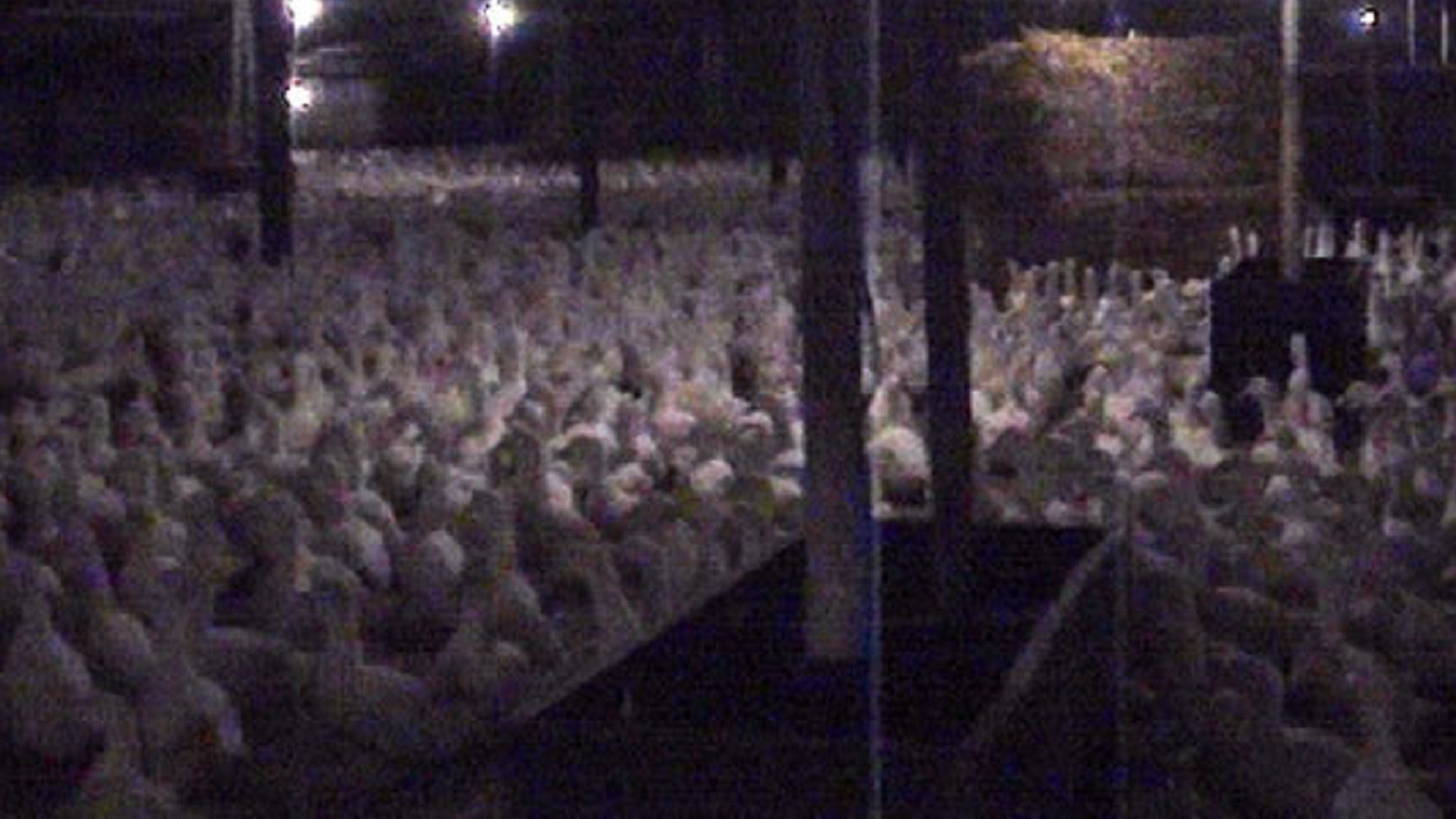 In 2005 another shocking Viva! undercover investigation, the reality of life for Britain’s millions of factory farmed ducks was exposed to public view. Covert filming at sites belonging to some of Britain’s biggest producers of duck meat have revealed the reality behind the cuddly duckling image. In 2004, Viva! exposed the dreadful conditions at duck suppliers to Marks & Spencer, which resulted in major news coverage, protests outside 200 stores nationwide, and eventually the store removing whole factory-farmed ducks from their shelves.

Viva! never rests on its laurels, so in 2005, following on from a major investigation into the duck suppliers at the Co-op, our supporters took to the streets again on Saturday, May 21, 2005, to persuade this supposedly ethical company to prove its claims and clear factory-farmed duck off the shelves.

19 million ducks were slaughtered in the UK in 2005 – in the mid 1970’s the UK duck population was barely a million. We know what these birds lives are really like because we have investigated many duck units. The Co-op were then supplied by Kerry Foods (AE Button & Sons), and at time of this investigation they were also supplied by MFD Foods, both based in the Norfolk area. 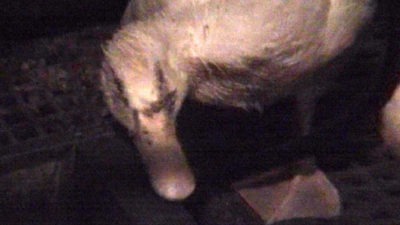 We have filmed undercover at duck farms owned by Kerry Foods in 1999, 2002, 2003, 2004 and most recently in March 2005. On our two most recent visits, to the company’s Little Ellingham site, we found ducklings that were already at slaughter weight – white feathered, beautiful but utterly dejected birds. The sight of thousands of them waddling around the shed in excreta, with no way of escape and nothing to do, was awful. Again, we found more corpses and more injured birds, some in obvious pain and emotional distress. Birds surrounded water troughs, desperate to clean the dirt and grime from their feathers and around their eyes – but the shallow, stagnant and filthy water was next to useless. None of these birds had access to water for swimming. One poor duckling lay dying, too weak to move, below one of the troughs; soaked to the skin by other birds clambering over him. His desperate cries were for a mother that would never come.

Of course, none of these ducklings ever see their mothers. In the wild it’s a different story and mother birds are fiercely protective of their young – teaching them how to swim, preen their feathers, select food and keep warm. But the ducklings we filmed are unable to learn anything that is natural – there’s no sun, no wind, no rain to run off their backs and near-constant artificial light. 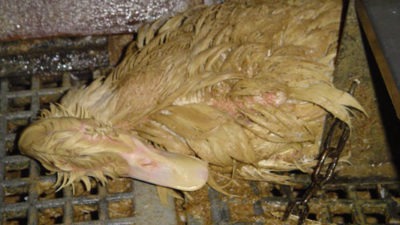 Birds that have evolved to eat, swim, dive, clean and play in water never even see it, except in their drinkers. One reason why it is so severely restricted is because ducks naturally like to splash water over their bodies. In factory farms, it causes choking ammonia to be released from the faeces-covered floor.

Yet it is vital to ducks’ health to immerse themselves in water but many cannot even dip their heads in it. The outcome is entirely predictable – dirty, bedraggled feathers that can make it difficult to keep warm, eye problems and even blindness.

We have launched undercover investigations of MFD Foods in 2003, 2004 and most recently March 2005. We found similar conditions to those we found at the Kerry Foods’ site: thousands of ducks crammed into barren sheds with nothing to do but wait until they are taken away to slaughter at just seven weeks. Here the ducks had even less access to water, and were forced to use bell-drinkers which don’t even allow the bird to immerse its head below water, again leading to filthy feathers, crusty eyes and eventually – in some extreme cases – blindness. Again, amongst the filth, we found the living forced to exist amongst the dead: the floor littered with little corpses. One poor duckling was practically half the size of the others, bedraggled and dejected; forgotten and lost amongst the crowd. We saw a duck drag itself through the burning ammonia on the floor by its wings, because its legs could no longer hold the weight of its body. Another, with an open sore on its wing, bleeding and untreated, could do nothing but wait in agony. 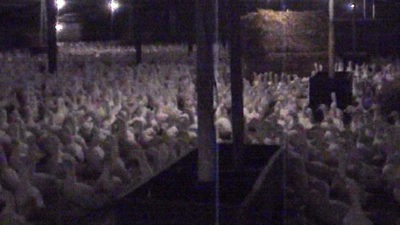 That Co-op duck meat came from intensive units and must throw into doubt their claim to operate ‘high industry standards. Whilst they continue to factory-farm duck their claims to be an ‘ethical store’ ring more than a little hollow.

By 2006, the Co-op has told us it did not intend to introduce free-range ducks in the near future but is currently using the newly-drawn up RSPCA Freedom Food standards (still using Kerry Foods as a supplier). This is less than impressive and, on the basis of our past experiences, almost meaningless. The Freedom Food scheme claims to set the highest animal welfare standards when in fact they fall well short the Soil Association’s standards and are usually little better than the legal minimum requirements. Despite the word ‘Freedom’, the scheme approves intensive, factory farming and does not in any way guarantee that the birds will be free-range. BBC Watchdog and other programme producers have filmed inside Freedom Food farms and exposed appalling conditions.

As customers of Kerry Foods and, previously, MFD Foods, the Co-op have a responsibility for the conditions our investigations uncovered. Sadly, they are not the only culprits as other supermarkets also sell intensively-reared duck meat.

The conditions we have uncovered show the reality of farming today: farmers know it, suppliers know it and the supermarkets know it. They just don’t want their customers to know it.