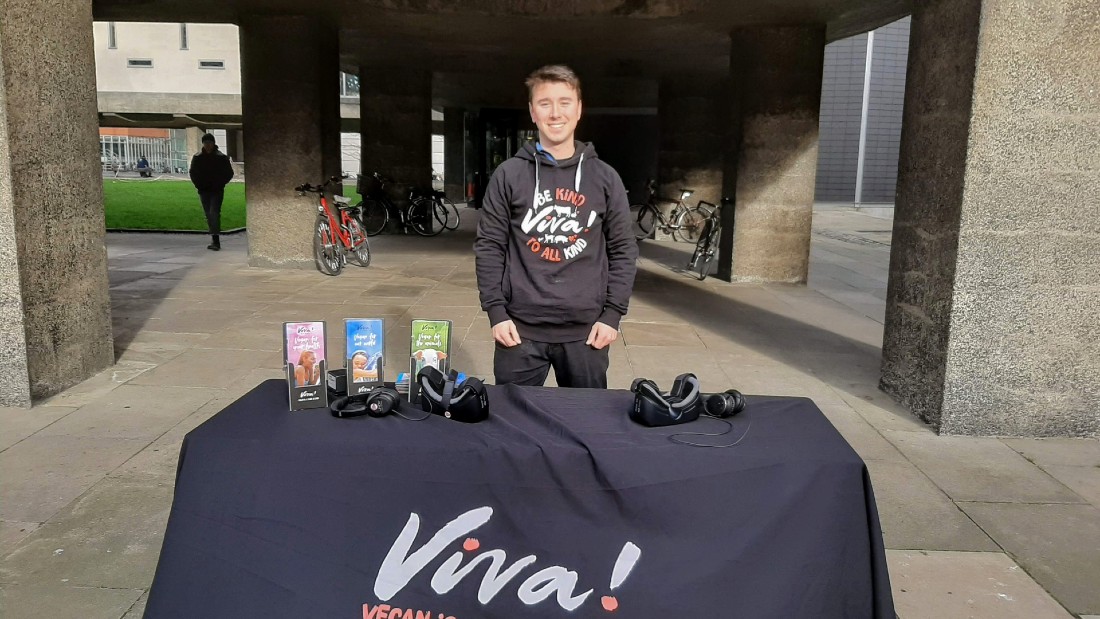 Will is a Senior Campaigner and focuses on collaborating with vegan societies across British universities to spread the vegan word. This includes training students to become better activists, running university projects across the whole of the UK, and reaching out to the 18-24 year old age bracket, a crucial turning point for many people when they are finally free from the control of their parents and able to make their own choices for a healthier, kinder, greener world.

Before going vegan, Will had always thought that animals must be kept in nice conditions – the sort of farms you read about in comics and watch on cartoons as a kid – because the law surely would not allow for any sort of cruel conditions to be imposed on animals. When he found out the truth about factory farms and slaughterhouses, as well as the environmental destruction caused by animal industries, he went vegan at 15. He’s never felt healthier, and never missed eating any kind of animal product after seeing where it all comes from.