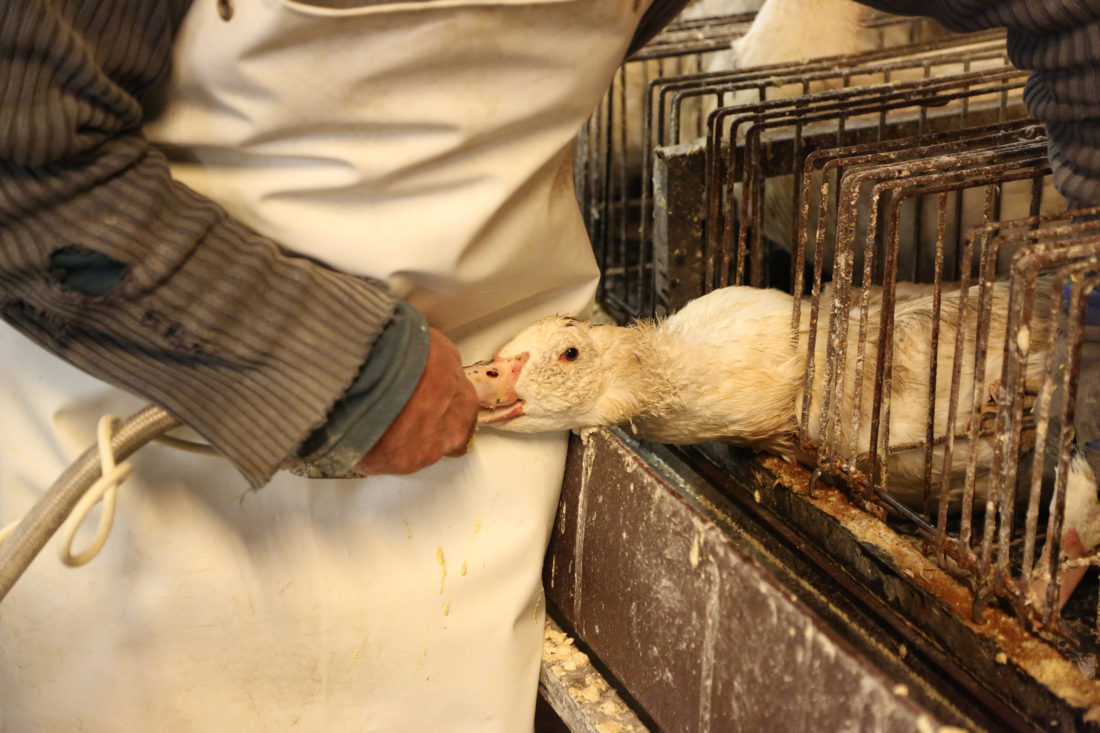 As usual, 2011 was a bumper campaigning year for Viva!. 2012 is shaping up to be even busier, as we keep fighting for the animals and continue in our mission to turn Britain veggie! The following is just a few of the highlights.

Viva! express disgust at a wildlife photographer accused of gross hypocrisy for eating a ‘bear burger’ on his BBC wildlife show.

The number of consumers vouching to boycott Welsh dairy in support of badgers reaches 2,000 and continues to grow.

After intense pressure from Viva!, and others, Nocton Dairies withdraw plans for its 8,100 mega-dairy (Viva! organise objections for when it is submitted later in the year).

Hundreds take part in our Easter Day of Action against the egg industry based on our undercover exposés that showed the truth about so-called enriched cages, intensive free-range egg farming and the horrible fate of male chicks at British hatcheries.

A Major victory for when Thomson Cruises agree to remove foie-gras from all their boats after Viva! send them disturbing evidence about the cruelty inherent in its production.

Viva! launches its major exposé into the dairy industry after filming on numerous farms that supply Cadbury’s with milk for their chocolate. We are the first group to film the horrific fate of male calves, who are shot simply because they don’t produce milk. Our findings are published in The Sun and Daily Mail.

Viva!’s Day of Action against Cadbury – and the practice of shooting unwanted male calves – attracts hundreds of action across the country by supporters, with tens of thousands of our ‘Death by Chocolate’ leaflets distributed to shoppers.

Viva!’s press release about Nike moving away from using kangaroo skin makes headlines in the Observer and a double-page spread in the Daily Star. This follows years of joint campaigning by Viva! and Australian wildlife groups.

Viva! holds its 30th Roadshow at Liverpool town hall on November 26. One of the biggest (in terms of stalls) regional shows we’ve ever done. 1,200 through the doors.

Hundreds of Viva! supporters door-drop for turkeys throughout November and December.

The Daily Mail runs and in-depth report into our undercover investigations into the brutal practice of piglet mutilations on British farms. We are the first group ever to film this covertly. Viva! also launches a major campaign to get this banned on the re-launched Piggles website.